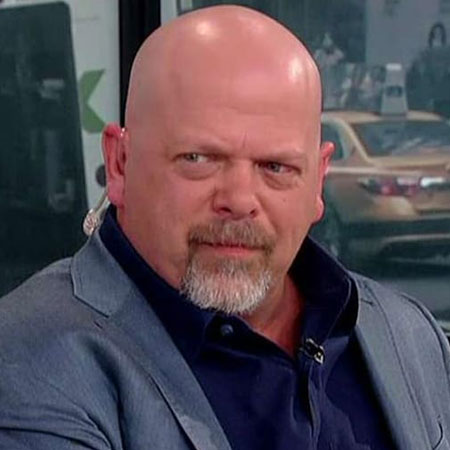 Pawn Stars, the American reality TV series, which made its debut on July 26, 2009, became the network’s highest-rated show and the no. 2 reality show behind ‘Jersey Shore.’

The series revolves around the daily activities at the World Famous Gold & Silver Pawn Shop, a family business established in 1989.

In this video of E Celebrity Facts, we are listing ten things you might not have known about the ‘Pawn Stars.’

1. They can’t work on the counter anymore. Since they’ve become celebrities, people are always taking their pictures, compromising their privacy.

2. Rick Harrison once revealed that HBO showed interest in making a show and even developed a pilot, but they were focusing on the more depressing side of the pawn business, which wasn’t the angle Rick wanted to pursue.

3. Big Hoss and Chumlee, now have their own personal assistants.

Corey said, “I do a lot of desert racing. My assistant empties out the septic tank of the trailer when I go! It’s a little weird asking somebody to do that for you.”

4. When a man came in to pawn a stand-up bass, Chumlee leaned it against a shelf and walked away. The bass fell and shattered to pieces, he put the pieces into a box and added a pawn number to the box.

5. Rick is a serial entrepreneur. He even bought a Quizno’s franchise that Corey and Chumlee ran together.

6. The show was originally called ‘Pawning History,’ until someone at the production company provided its current name.

7. The show has become an international phenomenon. It is aired in dozens of countries around the world, from Singapore to Serbia.

8. Jon Bon Jovi once requested to meet the Pawn Stars.

Chumlee said,“We went to his meet n’ greet to meet his kids because they wanted a picture with us. He gave us front row tickets. That was pretty cool. When does Bon Jovi personally invite you to his show?”

9. Since the show’s inception, Rick is mostly shooed away from garage sales because people are worried about his shrewd negotiating skills.

When Rick stopped by a yard sale to buy a painting from a lady, she recognized him and told him that the painting was not for sale!

10. Corey’s brother Adam used to work at the shop, but since he is a plumber now, you might not see him on the show anytime soon. When asked if Adam is envious of Corey’s newfound fame, Corey replied that “there might be some type of jealousy.”