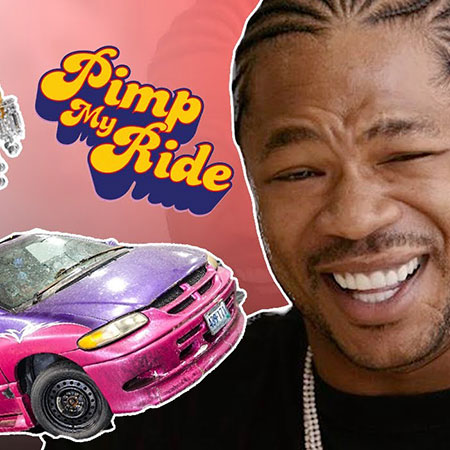 On ‘Pimp My Ride,’ rapper Xzibit exhibited the work of bringing individuals’ wrecked car to West Coast Customs and restoring it.

There’s no arguing the MTV show’s popularity and impact on pop culture, but the show’s behind-the-scenes secrets may drop your jaw.

The show gave the impression that people got their cars back days later, but some car owners reported that it actually took more than seven months.

Because of those long periods of time waiting for the car to be fixed, each contestant had to rent a car and pay for it until their cars were ready.

One of the young contestants named Seth Martino even had a problem renting a car because of his age as many companies didn’t trust him.

There’s nothing glamorous about fixing a mechanical issue and ‘Pimp My Ride’ apparently didn’t try too hard.

Instead, they installed eye-catching fixtures in the cars and used them as elaborate ads for their sponsored business.

Several contestants have complained that they had spent thousands of dollars to replace the engine that the crews neglected to work on.

When contestants didn’t seem interested enough, the show added some spice; some cars were doctored to look even worse than before.

As stated by Justin Dearinger, one of the car owners, an aircraft remover had to be added to remove the paint from his car.

One of the car owners even claimed that they told him to break up with his girlfriend to be available in need of the show’s help.

The cars could not be sold after the show

Even the show seemed to satisfy the car owners, that wasn’t the case. Selling the cars on eBay wasn’t allowed.

When a contestant tried selling his car after it wasn’t working, the company called him and made him delete the post.

Perhaps, the rule was made to prevent the bad publicity which the cars pimped on the show would bring, when sold to others.

There’s a bunch of such dark stories that would decrease the show’s ratings as viewers hate the fake stories when it comes to car shows.