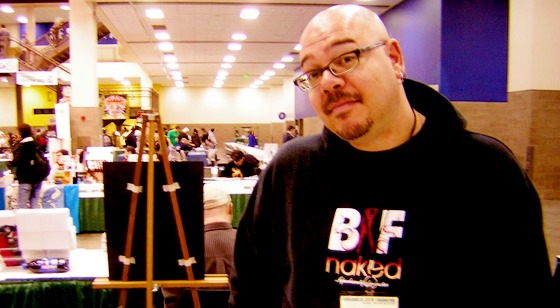 The past and the present writer of Wonder Woman, Greg Rucka has confirmed that his comic character is canonically queer.

The news of writer Rucka calling his creation queer is less likely to surprise most of the Wonder Woman’s fans. The news is also less likely to bother fans who have been following Rucka’s current “wonder women” run.

The relaunch of the DC comic shows Rucka telling two Wonder women stories. He explores Diana’s quest for her truth and the location of Themyscira (Diana’s homeland) with artist Liam Sharp.

And in the second version of the story, Rucka is telling the story with another artist Nicola Scott exploring the first year of Diana as Wonder Woman.

While exploring Diana’s first year as Wonder Woman, Rucka and Scott explains how life is like in the Amazon paradise. Life there completes with family, relationships, desire, and cordial friendships. The only thing that has lacked in the Wonder Women’s homeland is the strength of men.

When asked about whether the Wonder Woman presented in “Year one” is queer or not, writer Rucka answered saying “as involving, although not necessarily exclusively, romantic and/or sexual interest toward the person of the same gender”.

The one reason for the writer Rucka calling his own creation queer is because, when people look at Diana, they start saying “Oh look, it’s the Amazons, they’re gay.”

Further of his clarifications about his statement came out about the homeland of the Wonder Woman, Themyscira. As per Rucka, Themyscira is supposed to be a paradise, where people are supposed to live happily. And for an individual to be happy, it needs a partner to have a fulfilling, romantic and intimate relationship. But the only beings on Themyscira are women.

The writer further went on saying “But an Amazon doesn’t look at another Amazon and say, ‘You are Gay’. They don’t. The concept doesn’t exist.”

In his comments, Rucka also said that Themyscira has a strange culture. And he explained why he and artist Scott needed to portray that Diana has fallen in love previously and had relationships with other women.