Skip to content
Home » Entertainment » Will Sandra Oh be Back as Dr. Christina Yang in Grey’s Anatomy?

Will Sandra Oh be Back as Dr. Christina Yang in Grey’s Anatomy? 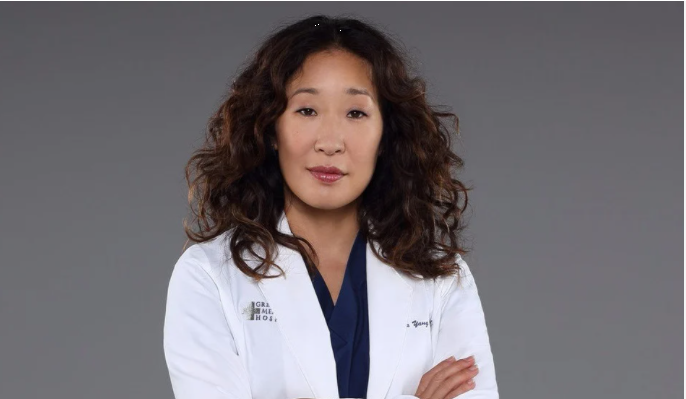 It’s been four years since Sandra Oh left Grey’s Anatomy, but fans are still not over the grief of losing their favorite character. The Canadian actress became one of the prominent cast members for ten seasons of the show, where she played the role of Dr. Cristina Yang.

For Grey’s Anatomy fans, McDreamy’s (Patrick Dempsey) death and Cristina leaving Seattle Graces have been the most heartbreaking moments in the show’s history. Several seasons later, many viewers still wonder why Sandra and Patrick chose to walk away from the front.

While Patrick justified simply stating that he had been there for too long, it didn’t seem easy for Sandra. She was very emotional about bidding goodbye to the character. She stated to The Hollywood Reporter,

While the original six cast members were extending their contracts for two more years, she thought of wrapping up in 2012. Not only fans but the actress herself became intensely attached to the character.

So she reportedly went to therapy over her decision to leave the show. She needed two more years to “emotionally let go.” She gushed, “I want to cry right now. Grey’s has been the most important role in my life.”

Producer Shonda Rhimes expressed that Sandra’s departure was “bittersweet,” which might have been more challenging for the actress herself than anyone else. Now, it’s clear that Sandra is done with that particular chapter in her life. And she said that she isn’t interested in returning to Greys. She stated,

“I’m just going to say no. I’ve really got to try and create much more of that separation. Even though I could just talk on and on and on about that show and what I feel like I learned from it and continue learning from it. It was so special, lightning in a bottle that’s lasted for over a decade.”

Since leaving Grey’s Anatomy, she has been able to land several hits roles, including the lead role as Eve Polastri, an MI5 officer, in Killing Eve. Besides, she has also scored parts in other shows like American Crime, Peg + Cat and Shitty Boyfriends and movies like Tammy and Widow Horses. Along with Andy Samberg, she became the host of Golden Globes 2019 on January 7, 2018.