Billy Connolly says his life is “slipping away” 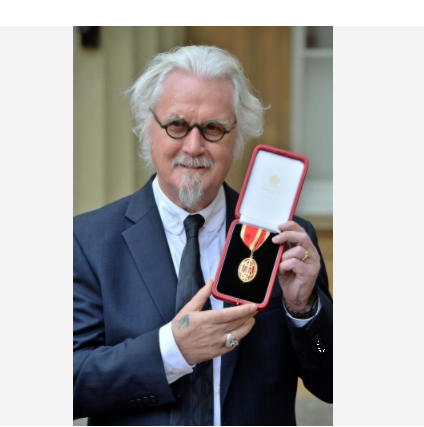 Stand-up comedian, Sir Billy Connolly, better known as “The Big Yin,” is one of the best things to come out of Scotland. Billy rose to prominence as a comedian in the U.K. and subsequently settled down as an accomplished actor.

What Happened to Billy Connolly?

Born on November 24, 1942, into a low-income family, he dropped out of school when he was 15 and worked various jobs, including as a welder at an oil rig in Nigeria. After returning from Africa, he joined music classes with money he had saved and learned to play banjo and guitar.

Soon he was regular at Glasgow cultural programs and wafted in and out of several bands before forming The Humblebums with Tam Harvey and Gerry Rafferty in 1965. After three albums and hits, singles like Saturday Roundabout Sunday and Shoeshine Boy Billy went solo.

What is She was a lady singer Tom Jones’s Net Worth in 2019? Properties

He released his first album, Live, in 1972 and started performing standups with a touch of his occasional folk songs. His second album, Cop Yer Whack for This (1974), was a big hit and his version of Tammy Wynette’s D.I.V.O.R.C.E became the number one single in 1975.

Career and the Net worth of Billy Connolly

Billy Connolly has released many musical and comedy recordings, including The Pick of Billy Connolly, Two Night Stand and The Big Yin. He has also appeared in movies like The Man Who Sued God, The Hobbit: The Battle of the Five Armies, and voiced for several Disney movies.

In 2013, it was revealed that the 76-year-old had undergone surgery for prostate cancer and is being treated for Parkinson’s disease. Recently, he told that his life is slipping away due to Parkinson’s in the BBC documentary Billy Connolly: Made in Scotland.

Moreover, Billy currently lives in Florida with his wife, Pamela Stephenson. Furthermore, as of 2022, Billy has an estimated net worth of $20 million. Our Hearts and Prayers are With You. May God Bless You, Billy!