Skip to content
Home » Entertainment » What is Car Designer Will Castro’s Net Worth? Details On His Wife and Children

What is Car Designer Will Castro’s Net Worth? Details On His Wife and Children 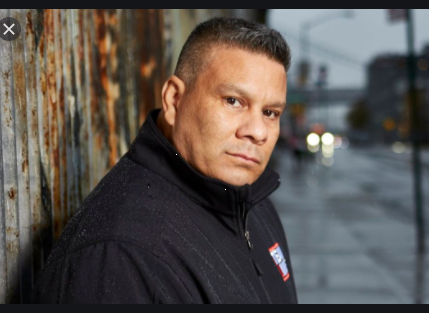 He grew up in Manhattan’s Lower East Side, where expensive cars were novelties parked on the neighborhood streets.

Following his parents’ divorce, Will moved to Brentwood, where he graduated from Brentwood High School.

His customization career took a start in the early 1980s when he apprenticed at John’s Auto Body in Islip.

After learning to work on a car’s body, wheels, ragtops, and tires, Castro opened his own detailing shop, Willy’s Shape & Shine in Islip.

Erick Sermon asked Will to add a stereo and ragtop, set wheels and tires that nobody else had.

Will dropped off the customized Mercedes at an Apollo Theater concert in August 1989, where many hip-hop artists were attending.

Likewise, Sermon was also praised by other celebrities and music artists, who were interested in Will’s work.

After that, his shop couldn’t handle all the work, so, Will opened a shop in Uniondale called Unique Autosports in 1999.

The work was so exhausting that Castro took a break from the business and worked as a manager at Pathmark, a grocery store.

But he re-emerged again and opened a little shop with a one-car garage.

Busta Rhymes called Will on a hot Sunday afternoon after Sermon suggested he visit the shop.

He got his own TV show, Unique Rides, whose production began in August 2015, and began airing on Velocity Channel in February 2016.

The show has gone on to create three seasons and 19 episodes. It’s third season ended on January 17, 2018.

Throughout his career, Will has garnered many clients, which include Lebron James, Donald Trump, DJ Khaled, 50 Cent and many more.

Apart from his professional life, he is married to his wife, Honey Girl and has two sons and a daughter with her.

Will Castro has made his name in the customization business and has a net worth of approximately $5 million.