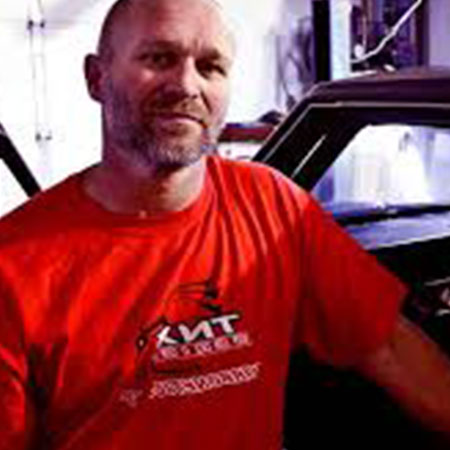 Joe Woods aka Dominator is a fabricator, car collector and a racer who appears in the famous reality show, Street Outlaws.

He is known for his calm demeanor until he is in the drag strip. Anybody who races against him gets a run for their money.

He learned all his skills from his father who taught him that one must be able to fix their own car.

He first owned a 56’ Chevy at the age of 13, and since then, he has always been into muscle cars.

Back in high school when he was street racing, he crashed his car through almost 20 fence posts.

He currently drives a 1967 Dodge Dart with big block Chevy engine, which he calls, “The Dominator.”

He has maintained his position at top 5 for most of the show and often swaps spots with Monza. Both hope to make it to the top 3.

He was approached by Big Chief and Murder Nova a few days after they saw him on a drag strip testing his car.

He is just crazy about cars and in his place, cars and automotive artifacts can be seen everywhere.

At one point of time, he owned 24 cars. He still has many cars in his garage or at least parts of it.

He also runs a full chassis and fabrication shop and does “anything and everything except transmissions and paintwork.”

His nickname came from a customized Sedan Delivery from the 1960’s called Dominator. He is also referred to as “The Lone Mopar.”