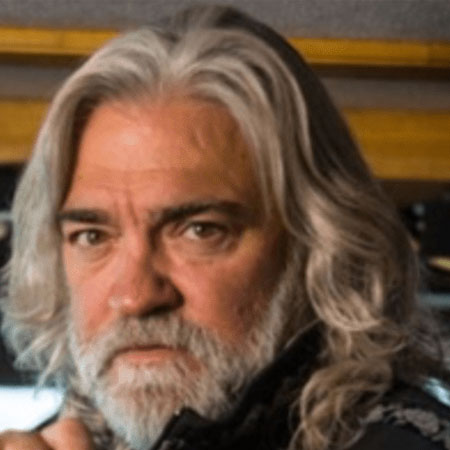 Wild Bill Wichrowski is an American professional fisherman, who is known for appearing in Discovery’s ‘Deadliest Catch.’

He has been appearing in the show since the season six and has been one of the fan favorite cast of the show.

After completing his graduation from Norwin High School in 1975, he joined Navy and moved to the West Coast.

Following his four-year-long military service, he was lured by big money earned by Alaskan king-crabbers and moved to Alaska.

Afterward, he got into crab-fishing and spent nearly two decades in the high seas.

In 2005, he took semi-retirement to run sport fishing tours out of Costa Rica and Mexico.

Discovery producers approached him to join ‘Deadliest Catch’ in the early season, but he declined the offer.

Later, during the show’s 6th season, he decided to accept the offer and returned to crab fishing on the Bering Sea.

After the nearly 5-year absence, he returned to crabbing with the F/V Kodiak and brought his son, Zack Larson, on board his ship as a greenhorn two years later.

In 2013, he started captaining F/V Cape Caution after he had a bad fall out with Kodiak owners.

He remained on the boat for four seasons from season 9 to 12 and returned on the season 13 as the captain of F/V Summer Bay.

In his 30-year long crabbing career, he has taken the helm of several other boats, including F/V Zone Five, F/V Arctic Eagle and F/V Sandra Five.

Despite his fiery relationship with his deckhand on some occasions, his hard work and honesty have made him a fan favorite curmudgeons.

He is married to Karen Gillis, and they share three children, two sons Zack and Jake, and a daughter, Delia.

When he isn’t crabbing in Alaska’s Bering Sea, he resides with his family in Sonora, San Carlos, Mexico.

In February 2018, he underwent hip resurfacing surgery after returning back safely with his crew from crabbing.

Throughout the years, he has accumulated a huge net worth of approx. $3 million.