The Robertson Family from Duck Dynasty Net Worth in 2018 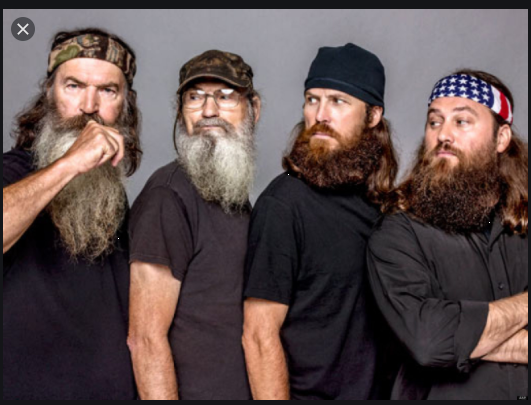 The show was based on the duck hunting family, The Robertsons, who run the family business called Duck Commander.

Even though the show has stopped airing, its cast members and their net worth are a subject of interest to many fans.

Here is the net worth of the cast of ‘Duck Dynasty’ family.

The granddaughter of Phil and daughter of Willie Robertson, Sadie, has accumulated an estimated net worth of $500,000.

The wife of Jase Robertson, Missy, who was featured prominently in the series, has managed to garner a net worth of $4 million.

Phil and Kay Robertson’s youngest son, Jep, has a net worth of $8 million which he owes to the success of Duck Dynasty.

Phil’s brother and Willie’s uncle, Si, the comic relief of the show, has an estimated net worth of $8 million.

The brother of the Duck Commander CEO, Jase Robertson is the mischief-maker. He is reportedly worth $10 million.

The better half of Willie and the backbone of the family, Korie Robertson, is worth $10 million.

The “big momma” of the Robertson household, Kay’s net worth is approximately $15 million.

The patriarch of the hunting family and the brains behind Duck Commander, Phil, is worth approx. $15 million.

The CEO of the multi-million dollar business, Duck Commander, Willie has an estimated net worth of $20 million.