Skip to content
Home » Entertainment » Why Did the Cast of Grey’s Anatomy Leave the Show? Justin Chambers

Why Did the Cast of Grey’s Anatomy Leave the Show? Justin Chambers 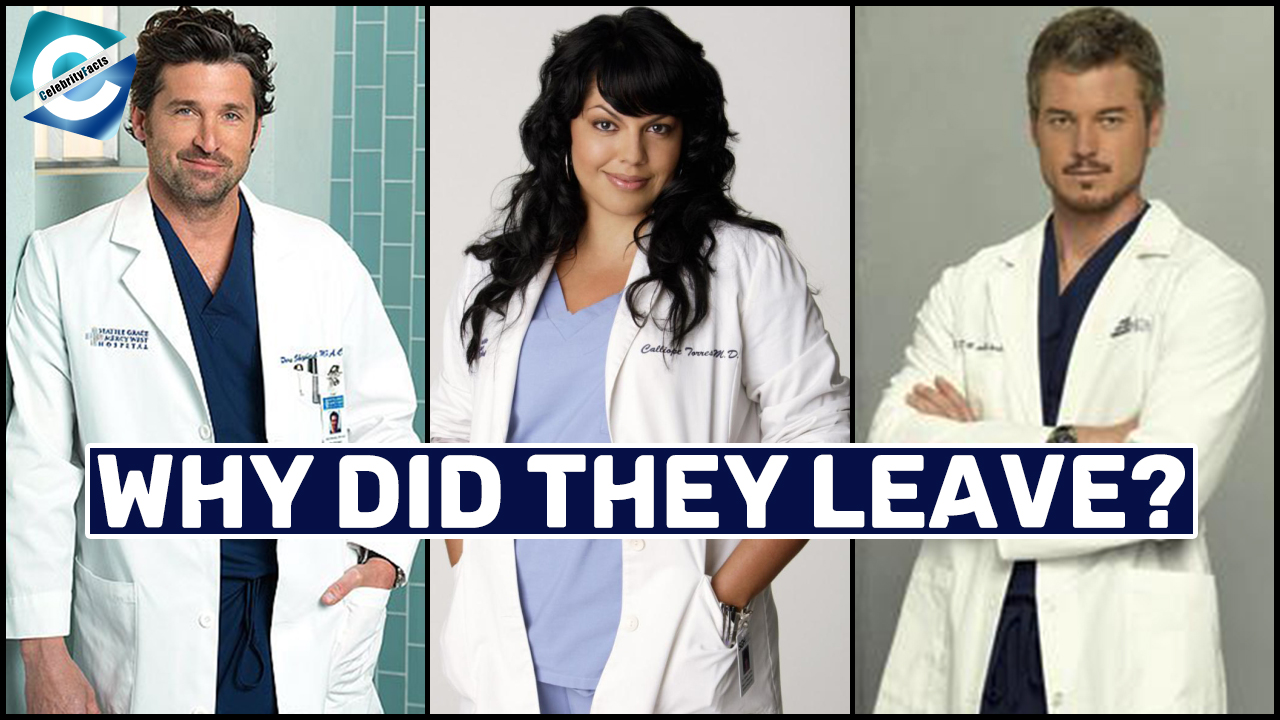 The show is still running and is famous as ever, but fans are wondering about the real reasons why some of their favorite doctors left Grey Sloan Memorial Hospital.

Here’s what the actors who quit Grey’s Anatomy are.

One of the original cast of the show, Sandra, left after playing Dr. Cristina Yang for ten seasons. She stated to The Hollywood Reporter about her departure,

“Creatively, I really feel like I gave it my all, and I feel ready to let her go..”

Now, she leads BBC America’s Killing Eve as Eve Polastri, an MI5 officer, and has earned several awards for her outstanding portrayal.

Will Sandra Oh be Back as Dr. Christina Yang in Grey’s Anatomy?

Katherine, who collected a huge fan base and even earned a Golden Globe playing Dr. Izzie Stevens, wasn’t satisfied with her character’s storylines and left the show in 2010.

“I am done. We just finalized our agreement. Everyone had been working really hard to find an amicable and gracious way of letting go and moving on. It’s sad, but it’s what I wanted.”

After she didn’t show up at the sets in 2010, Shonda Rhimes agreed with her and released her from the contract. But, she said she left to focus on her film career.

An incompetent intern-turned-trauma surgeon, Dr. George left fans distraught at the end of season 5 after he died in front of a bus while running to save a lady.

The openly gay actor late spoke up that creator Shonda Rhimes reduced his screen time and made him call off the contract three years prior.

Since leaving the show, he has appeared in Broadway productions and TV shows like The Good Wife, When We Rise, Genius: Einstein, and Genius: Picasso. He is also starring in the upcoming miniseries, A Higher Loyalty in 2020.

A behind-the-scene incident in which Isaiah allegedly called co-star Knight a “faggot” during a heated argument with Patrick Dempsey at the 2007 Golden Globes led to Isaiah’s firing. After the incident, Knight came out gay, but Isiah suffered a lot.

Kate, who debuted midway through the first season as Derek Shepherd’s estranged wife, Dr. Addison, left the show in season 3 to star in her spin-off, Private Practice.

‘Private Practice‘ ended in 2013, and she later starred in Bad Judge. She played Olivia Baker in 13 Reasons Why and The Handler in The Umbrella Academy.

Dr. Mark Sloan debuted as a guest in season 2. But, he later gained promotion as a series regular in season 3. Lexie dies in a plane crash in season 8, and Mark succumbs to his injuries in season 9.

He chose to leave the medical drama series after appearing in 2 episodes of season 9 to star in a new show, The Last Ship.

Sara, who played one of the groundbreaking bisexual characters Dr. Callie Torres, left after ten seasons when she moved to New York to be with her then-girlfriend, Penny.

Addressing her decision to leave, she wrote in a note,

“I’m deeply grateful to have spent the last ten years with my family at Grey’s Anatomy & ABC, but for now, I’m taking some welcome time off.”

In 2016, she came out as a bisexual, donated her hair to the Locks of Love charity and currently dons a sports a buzz cut. She has been starring as Kat Sandoval in Madam Secretary.

Sarah‘s character received a happy ending at the end of season 14! She married her old flame, Matthew, and left Grey Sloan to help homeless communities in Seattle.

Jessica’s departure was portrayed in the season 14 penultimate episode as Arizona moved to New York City to be closer to the daughter she shares with her ex, Callie.

The network announced that Sarah and Jessica would be leaving after the end of season 14 in March 2018, and showrunner Krista Vernoff stated the reason to be a creative one.

He was a series regular from 2005 until his character was dramatically killed in a season 11 episode, allegedly after he clashed with Shonda.

Following Grey’s Anatomy, he worked on small screen projects like The Limit,’ ‘Fodors and The Truth About the Harry Quebert Affair. He left the show to focus on developing, racing and being a father to his children.

After appearing as one of the show’s original cast members, Justin Chambers announced his departure on January 10, 2020.

“As I turn 50 and am blessed with my remarkable, supportive wife and five wonderful children, now is that time,” said the actor who portrayed the role of Dr. Alex Karev.”

The 50-year-old has won People’s Choice Awards, Prism Awards and Satellite Awards for his role.