Skip to content
Home » Entertainment » What Ever Happened to Gilbert Bates from Leave it to Beaver?

What Ever Happened to Gilbert Bates from Leave it to Beaver? 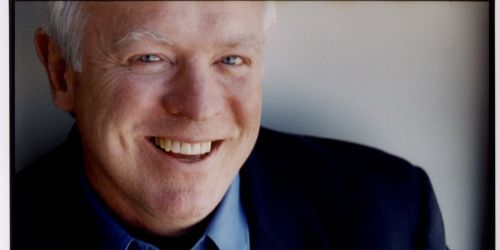 First aired on October 4, 1957, Leave it to Beaver is still relevant today, thanks to its funny storyline and a fantastic cast. The show followed the misadventures of a curious but naive suburban boy, Theodore “The Beaver” Cleaver, played by Jerry Mathers.

Among his many friends who got him into trouble was Gilbert Bates. Bates, the blond kid with huge ears, who never backed down from getting hapless Beaver into misdemeanors, was immortalized by American actor Stephen Talbot.

Talbot appeared as Gilbert Bates in 56 episodes of the show. Later on, he left the show to pursue a career in journalism. As it’s been more than 63 years since Leave it to Beaver first graced the small screen, today we bring you a video highlighting the career of Stephen Talbot and what he is doing now.

Stephen Talbot and his Early Life and Leave it to Beaver

In California, the Son of actor Lyle Talbot, Stephen Talbot, was born on February 28, 1949. Stephen began his acting career at the age of 9, starring in an episode of the second season of Leave it to Beaver titled Beaver and Gilbert. Stephen appeared as Gilbert Bates in 56 episodes of the show, whose signature line was, “Gee Beav, I don’t know.”

Between 1959 to 1963, he guest-starred in other shows like Perry Mason, Sugarfoot, Wanted: Dead or Alive, and a couple of episodes of The Twilight Zone. After spending more than four years in front of cameras, Stephen left the acting business to pursue a career in journalism.

Stephen Talbot graduated from Wesleyan University in 1970, where he was an active protester in the Vietnam war. Following his graduation, he began working different jobs at the State University of New York College and later became a lecturer.

While he was still serving as a lecturer, he ventured as an independent screenwriter. Fast forward to 1980; he released his first documentary, Broken Arrow, which went on to shape his career for good. Besides, he removed his second documentary, The Case of Dashiell Hammett, in 1982. Stephen also worked as a journalist for KQED-TV, whose parent company was the PBS network.

As his work got more attention, he was called to do more documentaries and news investigations.

He later wrote and produced different documentaries like The Best Campaign Money Can Buy, News War: What’s Happening to the News, Justice for Sale, and others for PBS’s series, Frontline.

Throughout his career in journalism, Stephen has produced many awards winning documentaries. Stephen formed an independent media company, The Talbot Players, in 2008. He also created a soundtrack, Music Without Border, for PBS.

Where is Leave it to Beaver Actor Jerry Mathers in 2020?

Turning Down The Role in Reunion

Almost every cast returned for the television movie. Still, the Beaver (1983) and sequel series  The New Leave It to Beaver (1984-1989). However, when producers of the show approached him to revive the role of Gilbert in the sequel series, he turned down the offer saying, “I’m trying to establish myself as a documentary filmmaker and an investigative reporter.”

In 1997, in an article written for Salon.com, he also called the sequel show a “dreadful series.” He added, “You see, this is what it has come to: I have spent my adult life trying to conceal my Leave it to Beaver past or correcting the historical record. Either way, the series has become inescapable.”

Stephen Talbot is married to Pippa Gordon, a medical social worker. The couple has two kids, a son, Dashiell, and a daughter, Caitlin. The 70-year-old currently resides in San Francisco with his family. He is currently working as a columnist for different newspaper associations and also serves as the senior producer for documentary shorts at ITVS.

Talbot began co-writing and co-producing a documentary, Bay Area Revelations, for NBC in 2019.