Whoa! Tanner Foust car collection astounded us. The mystrey of his wife and daughter gets deeper, let’s update you with it 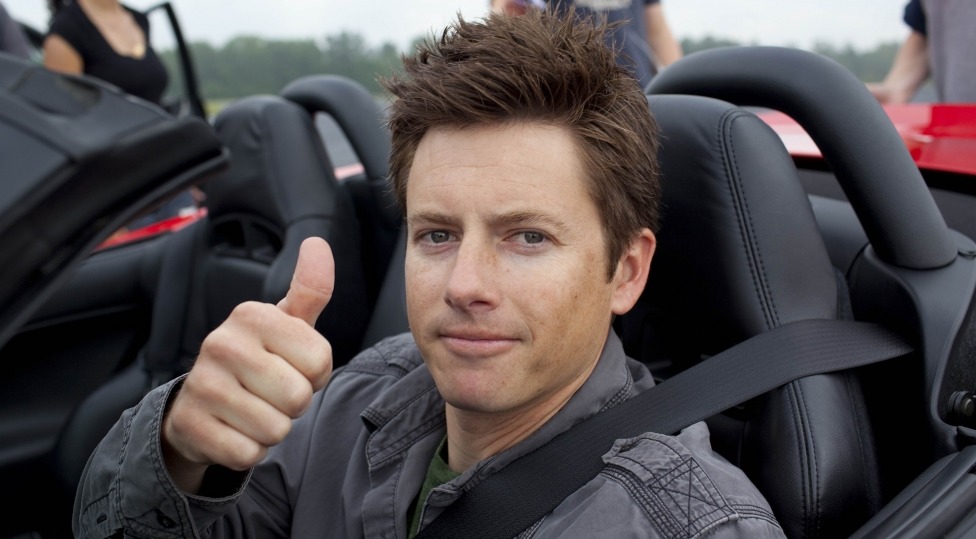 Tanner Foust likes to give his garage a Hollywood like look with his fascinating cars collection!

The X Games gold medallist, Tanner Foust lives his life in speed and has accumulated a huge success from his racing career. Besides, he is also renowned for his stunning driving skills in movies like Fast & Furious and Iron Man 2. His driving skills and stunts in the movies are not the only things that make him famous.

Today #GRC pointed out the fun fact that I’m the only driver to take home wins in four different seasons! Pretty cool!

Tanner Foust has a stunning car collection in his garage. The one-time presenter of TV series Top Gear has a 2013 Raptor, 1983 Jeep CJ7, 2003 BMW M3 and much more in his garage. He has decorated his garage in such a way that he could even see his favorite cars while in the bathroom.

The interior and the display of the cars in his garage are likely to take the breath of any car lover. Adding to his stunning collection he is hoping to add a Ford RS200 or a ’96 Ford GT in his collection very soon.

Tanner Foust has been dating Fox Sports reporter Katie Osborne for a long time. The gorgeous Katie Osborne is a well-known name in the TV presenting and hosting field who is witnessed several times interviewing Tanner.

Likewise, the couple is also seen together in public. The couple looks charming and adorable together. Their profession seems to have played a vital role in the making of their relationship.

Passed this guy a note asking him to be my valentine. Gotta say, glad he checked yes .✔ @tannerfoust #MyValentine #ValentinesLikeSchoolKids

Tanner Foust, now 43, is a father to his 10-year-old daughter, whose name has not been disclosed yet. The news of Tanner being a father to a daughter came as a surprise to all. Soon after the news, Tanner came into the limelight and questions regarding his marital status became the talk of the town.

One of the cheered racing drivers in the world, Tanner has a stunning collection of cars. Currently, Tanner Foust seems to be enjoying his life with his daughter and his partner Katie Osborne.