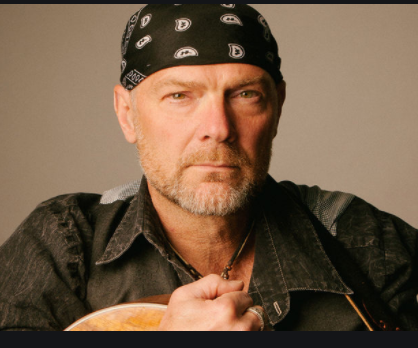 Les Stroud is a Canadian survival expert, musician, and filmmaker. Besides, he came to stardom for producing, writing, and directing the show ‘Survivorman.’

Before being a survival expert, he worked at Toronto-based music video channel MuchMusic. And Stroud also worked as a songwriter for the band ‘New Regime.’

The career and Net Worth of Les Stroud

They started the outdoor instructional outfit Wilderness Voice and the media company Wilderness Spirit Productions after moving to Huntsville, Ontario. He produced two special programs, ‘One week in the Wilderness’ and ‘Winter in the Wilderness‘ for the Daily Planet in 2001. The success of these specials led to the development of the television series ‘Survivorman,’ where Stroud is left in the wilderness on his own with minimal equipment.

In 2012, Les Stroud announced his collaboration with the Swedish ax company. And they later produced Bushman Axe by Survivorman Les Stroud. His son Logan Stroud was diagnosed with Leukemia AML in June 2014. Thankfully, after fighting off cancer, Les asked his son to join him in the series Survivorman & Son.

Les Stroud wrote numerous books throughout his career. Furthermore, he wrote books such as Survive, Beyond Survivorman, and Will to Live. Besides, Les goes into detail about his survival kits, gears, and knives. What’s more, he went on and appeared in the latest survival series Alaska’s Grizzly Gauntlet. Likewise, the show aired on Nat Geo Wild, and Ping Pong Productions produced the show.

Yes, Les Stroud married once in his life. However, his wedlock didn’t last as long as he hoped. And currently, the reality TV star, Les, remains single.

Les married the woman Susan “Sue” Jamison. What’s more, Sue and Stroud tied the knot in 1994. Moreover, Les and his ex-wife were married for over a decade. And finally, the duo, Jamison and her ex-husband, finalized their divorce in 2008.

Stroud and his ex-partner welcomed two children in their married life. One was the Leukemia AML survivor, Logan Stroud. And the other one holds the name, Raylan Stroud.

As of 2022, Les Stroud is sixty years old. Moreover, the survival expert, Stroud, was born on October 20th, 1961, in Etobicoke, Ontario, Canada. And as such, the reality TV star holds Canadian nationality.

Les comes from a white ancestry. However, his parentage remains hidden from the public eye. Moreover, it remains unclear whether Stroud grew up with siblings or not. What’s more, the reality TV star, Les, prefers to keep his family background away from the spotlight.

Les attended and graduated from Mimico High School. Similarly, in his early years, he completed his college at Fanshawe College with a degree in Music Industry Arts.