Skip to content
Home » Entertainment » Where is Canadian Pickers’ Scott Cozens? What Happened to him?

Where is Canadian Pickers’ Scott Cozens? What Happened to him? 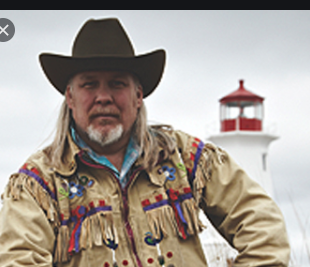 Since, the reality show, Canadian Pickers was wrapped up in 2013, fans are wondering about Scott Cozens’ whereabouts.

Scott and his co-host, Sheldon Smithens traveled from coast to coast, purchasing and selling unique pieces of Canadian history.

In the four seasons of Canadian Pickers, Cozens and Smithens revealed diverse aspects of Canada’s fascinating history through the antique pieces they found and people they met.

Throughout the seasons, they visited people’s basements, attics, barns, and sheds where old treasures may have been stored.

Now, Let’s have a look at the life of Scott Cozens.

He was initially an electrician and later became a full-time lawyer. However, picking has always been his hobby.

When the show started in 2011, the Cozens and Smithens were already friends for 20 years.

Cozens was introduced to auctions, antique stores and flea markets through his mom at the young age of 8.

He used to visit Smithens’ antique store and auction shop with his mother. And, that’s how they became friends.

When Cineflix decided to create the Canadian version of the famous show, American Pickers, Smithens got an offer, and he recommended Cozens for being his co-host.

Then, the duo passed the audition and rest is history – on the History Channel.

In the 1970s, Cozens played several preseason games & one regular season game for the Calgary Wranglers, before the team became Hurricanes.

Before filming the show, Cozens and his wife, Lana owned a small law firm.

And while Cozens was away filming the show, Lana managed the firm and the family, comprising of their three children.

Fans are now wondering about what are those pickers doing after they hung up their cowboy hats.

They have stayed out of the media limelight since the show went off-air, so, we can just assume that Cozens may have been focusing on his law firm with his wife.