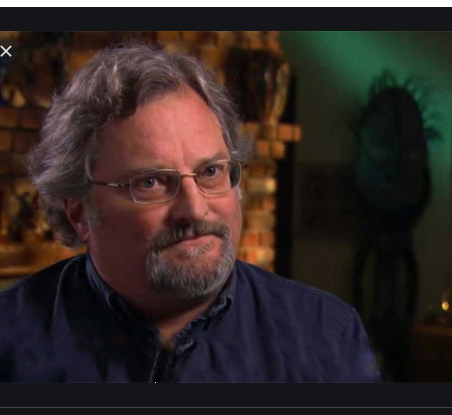 David Hatcher Childress was born on June 1, 1957, in France and raised in the USA.

He is the owner of the Adventure Unlimited Press, a publishing company established in 1984.

Childress has made a name for himself among the American authors.

He claims that he is a “rogue archaeologist.”

David had dropped out of his college at the age of nineteen, to travel.

Putting together his experiences from his exploration of Asia & Africa, he came up with the Lost Cities and Ancient Mysteries series.

Childress has published over two dozen books of his creation.

His publication house, which has been serving for over four decades now, has successfully published over 200 books.

David has been criticized for his writings time and again by many professors for his illogical statements on different proven facts.

Hatcher has appeared in different shows on NBC, Fox Network, Discovery, A&E, and History. He is most famous for his appearance on ‘Ancient Aliens.’

His presence on the show mostly focuses on his unique comments on popular myths like Bermuda Triangle, UFO & Atlantis.

David’s humorous comments on such matters have had him dragged into lawsuits; he has described his suits in his 2000 book, A Hitchhiker’s Guide to Armageddon.

He has probably gathered net worth in millions from his book sales and publication house.