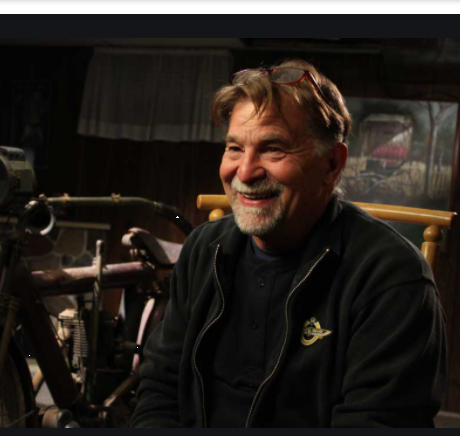 You might have heard about Wheels Through Time Museum, the home to world’s premiere collection of over 300 rare American vintage motorcycles.

The lifelong gearhead, Dale Walksler, is the owner of the incredible collection, which is located in beautiful

How well you know about the history of the museum?

Walksler bought his first motorcycle, a 1952 Harley Panhead, at the age of 15, which is one of the many rides he has collected over the years.

In the early 70s, he purchased the contents of a Harley Davidson dealership and opened a shop.

After a few years, he bought an existing dealership in Mount Vernon and became the youngest dealer in the country at 21.

Over the years, his dealership saw huge success in both sales and marketing.

Later, in 1988, he purchased a collection of vintage cars and opened a museum behind his dealership, with the name, Dale’s Classic Cars.

Later, Dale began to incorporate rare American motorcycles, and within a few years, he had over 200 masterpieces in his arsenal.

He decided to dedicate himself to his passion for vintage motorcycles in 1999 and sold his dealership.

Afterward, he found a new home for his collection, which is now famous as Wheels Through Time.

The home for rare bikes like Pope, Yale, Dayton, Traub and Flesher, has welcomed thousands of visitors to the Maggie Valley since 2002.

Fans are updated about the motorcycle events at Wheels Through Time through the museum’s official website and Facebook page.

Dale has been together with the love of his life, Trish Davis, since 2010. The couple often showcases their love for each other on social media.

He has a son named, Matt Walksler, who shares his love for early American motorcycles and has been restoring bikes for years.

In 2016, Dave appeared as a part of Bodie Stroud’s team in History’s ‘American Restoration’ after Rick Dale’s team quit the show.

The show followed Dale’s journey through America’s barns, to find the long-forgotten gems and to uncover history in the most unusual and extraordinary places.

He also appeared in three episodes of Wayne Carini’s ‘Chasing Classic Cars’ in 2012.

Now, he is running a website, daleschannel.tv, where fans can find videos of Wheels Through Time’s events and clips from his TV shows.

The website also features the episodes of the show, Reel School. The show is currently in its second season and features Dale restoring old bikes.