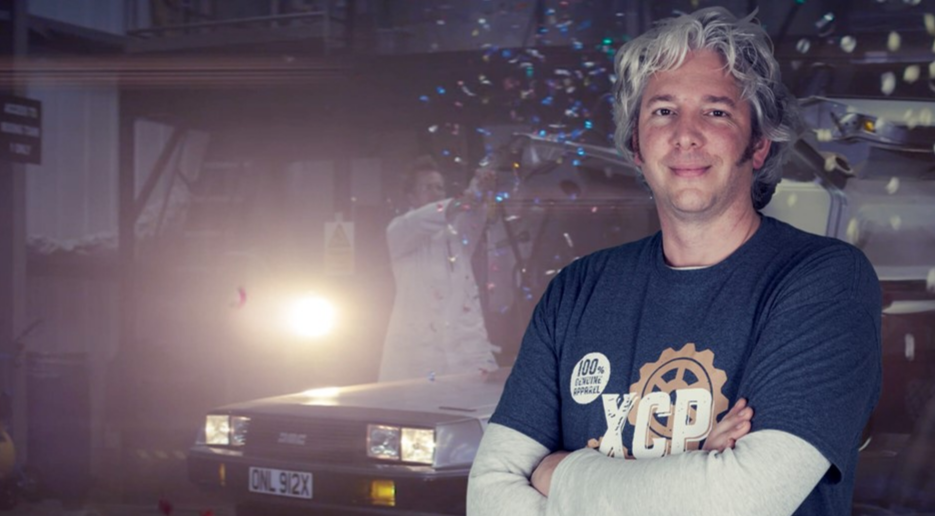 Edd China is an English TV presenter, mechanic, inventor and motor specialist. Besides, China became best known for his stint as a mechanic in Discovery’s Wheeler Dealers.

An avid motorhead from an early age, China’s first major project was the Sofa Car. And which he built to raise money for a Raleigh International expedition to Belize.

Edd China holds the Guinness World Records for the fastest shed, bed, toilet, milk float and largest motorized shopping trolley. After his controversial exit from Wheeler Dealers, which he hosted for 13 seasons, he returned with a YouTube series, Edd China’s Garage Revival.

Then, Edd came back with another series, Built by Many. Furthermore, he became the managing director of two companies. China works as the director for Grease Junkie, where he sells his merch. And the Cummfy Banana Ltd, an outlet for his wacky world of motorized furniture.

After Garage Revival and a few videos of AskEdd sessions, this eccentric mechanic remained quiet for a long time. Recently, China posted a new video under the AskEdd session, with the title, AskEdd 7 (What have I been doing all this time? Part 1). He revealed that one of the many projects he has been busy with is his new book, GREASE JUNKIE: A Book of Moving Parts, released in May 2019.

The 47 years old reality star said that he is not good at writing. But, Edd wanted his fans to know many interesting stories that are only in his memory. The book is already available for pre-order on Amazon. Though fans are excited to read Edd China’s “eccentric story,” they desperately want him to be back on the screen with an automotive show.