What! Leah Calvert is pregnant? Married twice, reason behind her divorce with husband Jeremy Calvert revealed. Scroll down for full story 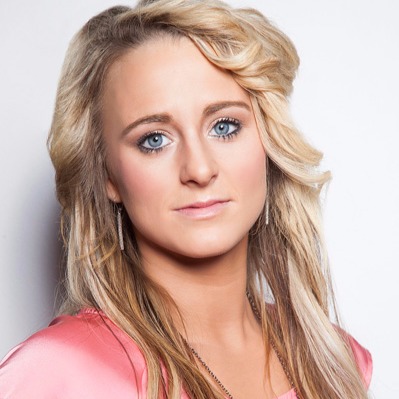 Leah Calvert, Teen Mom 2 star is rumored to be pregnant for the fourth time. The news of her being pregnant went viral when she posted pregnancy related posts on her Facebook. She has been married and divorced twice.

In the limelight due to pregnancy rumors, Leah Calvert is living a single life at present

Leah is apparently living a single life at the moment. However, for the last couple of weeks, she is in media limelight because of her pregnancy rumors. The news broke out when she posted several pregnancies related posts on her Facebook.

Nearly eight months back, she posted a video of her youngest daughter Adalynn on Instagram. After posting the video, some of her fans asked her if she is expecting the fourth child? Then after, rumors of her pregnancy got more fire. Let’s check out the video.

Addie showing some love to everyone this afternoon! She’s perfect!!!

Recently through an official Facebook page of Teen Mom 2,Leah has turned down all the rumors of her being pregnant. She even revealed that she is on birth control and has no plan of becoming pregnant again.

She also explained, “I’m perfectly content with the 3 kids I have and they need all my time and attention right now. Another baby is more than likely not ever gonna happen!”

Leah loves spending time with her daughters. She has mostly shared pictures of her cute little daughters on Instagram.

Practicing for our photo shoot tomorrow at a Dairy Farm. They’re loving their new boots, and so is Momma My children are so perfect! Just can’t help but brag! #SoPrecious #SoBlessed @_sgm_ @leslrae #Excited

Leah married boyfriend Corey Simms in 2009. On 16th December 2009, she delivered twin girls named Aliannah and Aleeah. The couple spent two years together ultimately ending their relation with a divorce in 2011.

She was pregnant with Corey’s third child but unfortunately she went through a miscarriage in January 2012. Soon after some months of miscarriage, she tied the knot with Jeremy Calvert on 4th April 2012.

Leah gave birth to a beautiful little girl in February 2013, whom she named as Adalynn Faith. At present, she is living a perfect and happy family life with her three daughters.

A sneak peek of some of our spring family portraits! #Precious #AAA @OneLovePhotosWV pic.twitter.com/ysh9BMgM6k

Spending three years with Jeremy, Leah finally decided to part ways in 2015. The major reason which broke down their relation was revealed as cheating allegations. She was supposed to be having an affair with an ex-boyfriend named Robbie Kidd while the then husband Calvert was also found cheating on her with Brittany Musick.

Now it’s quite clear that the young reality star is not pregnant. It is just a rumor which became viral after she posted several pregnancies related posts on social media. Leah Calvert is presently single after the divorce with her second husband, Jeremy Calvert, a year back in 2015.