Skip to content
Home » Entertainment » What Happened to WWE Hall Of Famer Tatanka?

What Happened to WWE Hall Of Famer Tatanka? 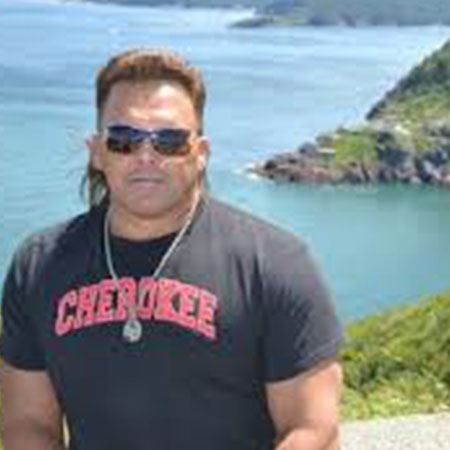 Christopher Chavis aka Tatanka, the Native American wrestler is mostly known for his longest undefeated streak of one and half year in WWF.

He made his WWF debut with a win on February 1, 1992, in the episode of ‘Superstars’ against Pat Tanaka.

Tatanka got his first chance at the WWF Intercontinental Championship against Shawn Michaels, but lost it by countout.

He was undefeated until October 30, 1993, when he was hit with a chair from behind his back by Ludvig Borga while Mr.Fuzi distracted the referee.

Then WWF champion Yokozuna confronted him after the match and Tatanka was subsequently absent for three years.

With his return to WWF in 1994, he was due to face off Ludvig Broga, but Broga injured his ankle and was replaced by Bam Bam Bigelow.

Tatanka defeated Bigelow in their last match but Bigelow was the wrestler to eliminate Tatanka from the 30-man Royal Rumble match.

He was suspended from WWF in late 1994 after a woman accused him and Jimmy Del Rey of sexual and physical abuse.

Tatanka’s suspension was lifted in August 1995, after late Jimmy Del Rey was accused for the crime and fired soon after.

After losing a non-title match with Bret Hart, he left WWF in 1996 citing family and spiritual issues.

While WCW and WWF were in a crucial talent war, WCW President Eric Bischoff presented Tatanka a lucrative deal, but he declined.

He returned to WWE on August 1, 2005, where he faced off Eugene with Kurt Angle, but they lost the match by disqualification.

Tatanka departed from WWE again after attacking the referee and tag team partner, Bobby Lashley, when they lost a match.

But it wasn’t the end of his wrestling career as he participated in Independent Circuit across Europe.

WWE signed Tatanka to a Legends Contract on November 3, 2015, and he competed at WrestleMania 32, in the Andre the Giant Memorial Battle Royal.

He was in the WWE 2K17 game as a Downloadable Content but he is a playable character in WWE 2K18.