Skip to content
Home » Entertainment » Who is Nikkie De Jager? What happened to NikkieTutorials’ brother, Mikai? 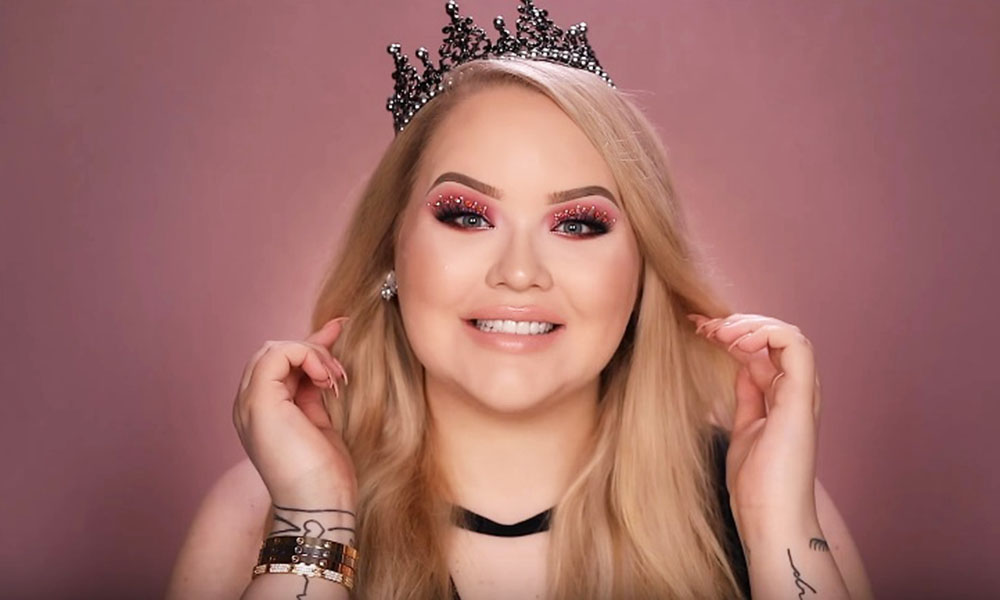 Famous YouTuber Nikkie De Jager most recently shared devastating news of the demise of her bother. She took to Twitter to share the news on May 24, 2018. What actually happened to NikkieTutorial’s brother?

Nikkie is a Dutch makeup artist and an internet sensation. She goes by the moniker NikkieTutorials from her YouTube channel with the same name. She first joined YouTube in 2008 but later earned wide recognition after she shared her beauty vlog,The Power of Makeup in 2015. 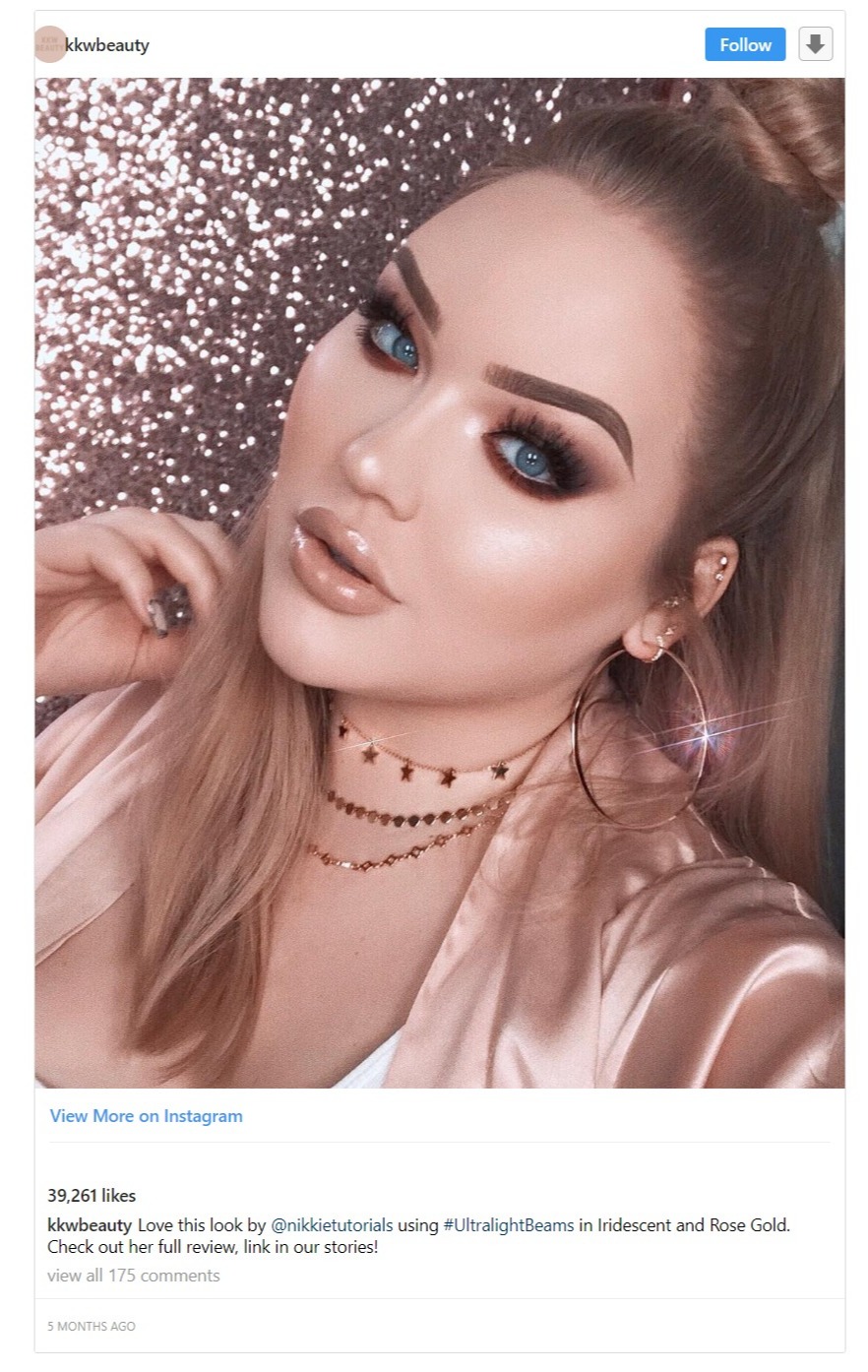 From then and there, the internet sensation who is known for her ultra-glam and heavily highlighted looks, never looked back. She was later named as the top beauty influencer by Forbes magazine. Besides that, she has also won Shorty Awards and Teen Choice Awards. In 2011, she joined Colourfool Agency, which scored her other projects including Holland’s and Benelux’s Next TOP MODEL,  Miljoenenjacht, and The Face.

Her beauty vlogs are admired by many, and she is used to sharing tutorials with her more than 9m subscribers on YouTube. More recently, she also appeared on Kim Kardashian West’s Instagram page, KKW.

What happened to NikkieTutorials’ brother?

Nikkie’s step-brother, Mikai underwent chemotherapy after he was first diagnosed with lymphatic cancer in early 2016. After battling with cancer for about one and half years, he was declared cancer-free. Things were going pretty good with the Nikkie family until his cancer returned in 2017. 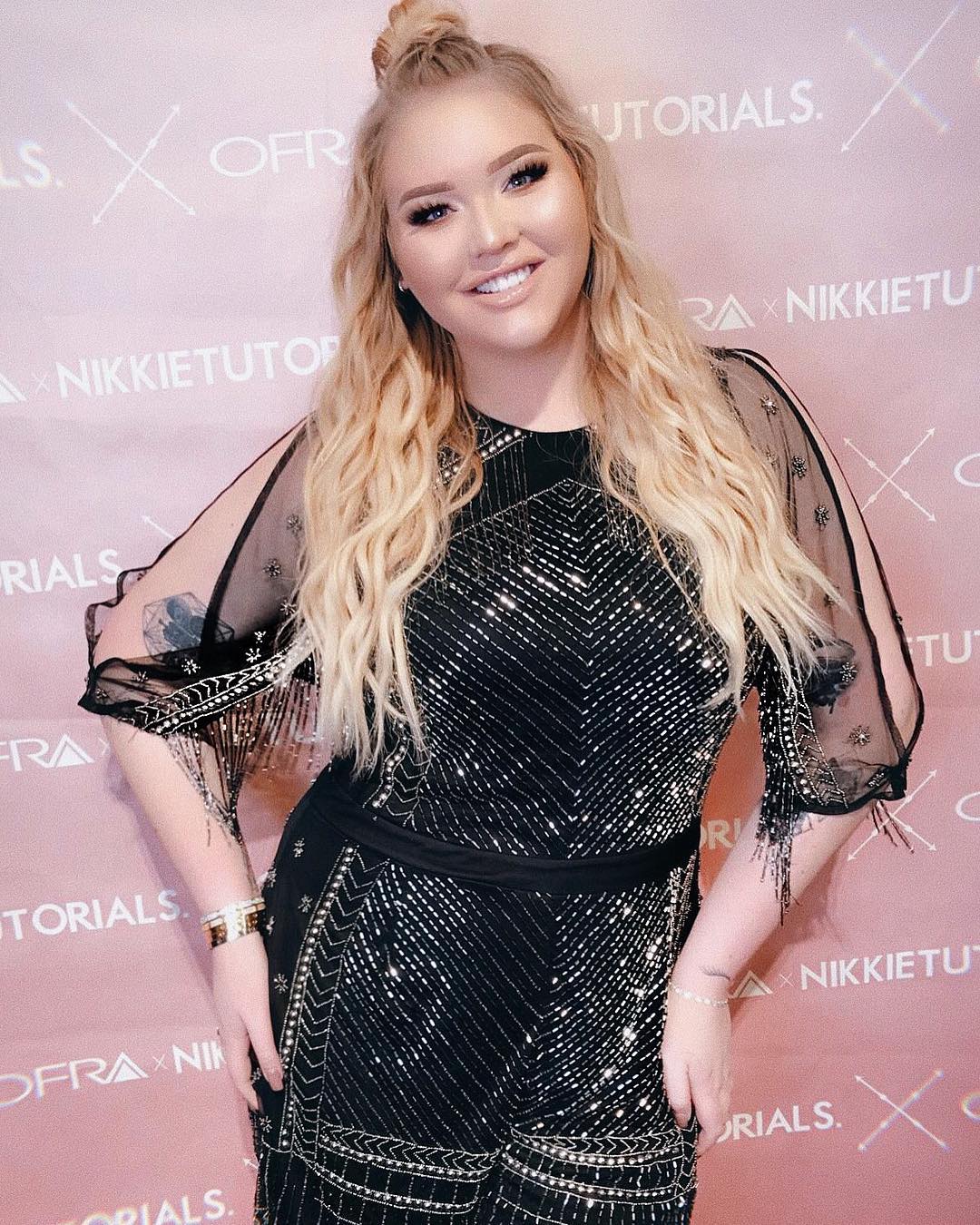 She shared the news via her YouTube video Personal Get Ready With Me – GLOW AROUND THE WORLD: The Hamptons. While continuing with the makeup mentioned about her dating life with Rick, and she further went on to share about her little brother.

Nikkie continued that her brother had started the chemo in July 2017, and was showing improvement too, as the tumor was shrinking.

On May 1, 2018, Nikkie along with her family went on a vacation to Tenerife, Spain, as Mikai wanted to visit swimming park and fly. She was on a hiatus to focus on her family after things were not looking great.

However, enduring the pain of cancer for the second time, Mikai took his last breath on May 24, 2018. She opted to share the heartbreaking news to her Twitter followers with a picture of her brother and captioned, “to my biggest hero, Mikai. now you can finally rest.” 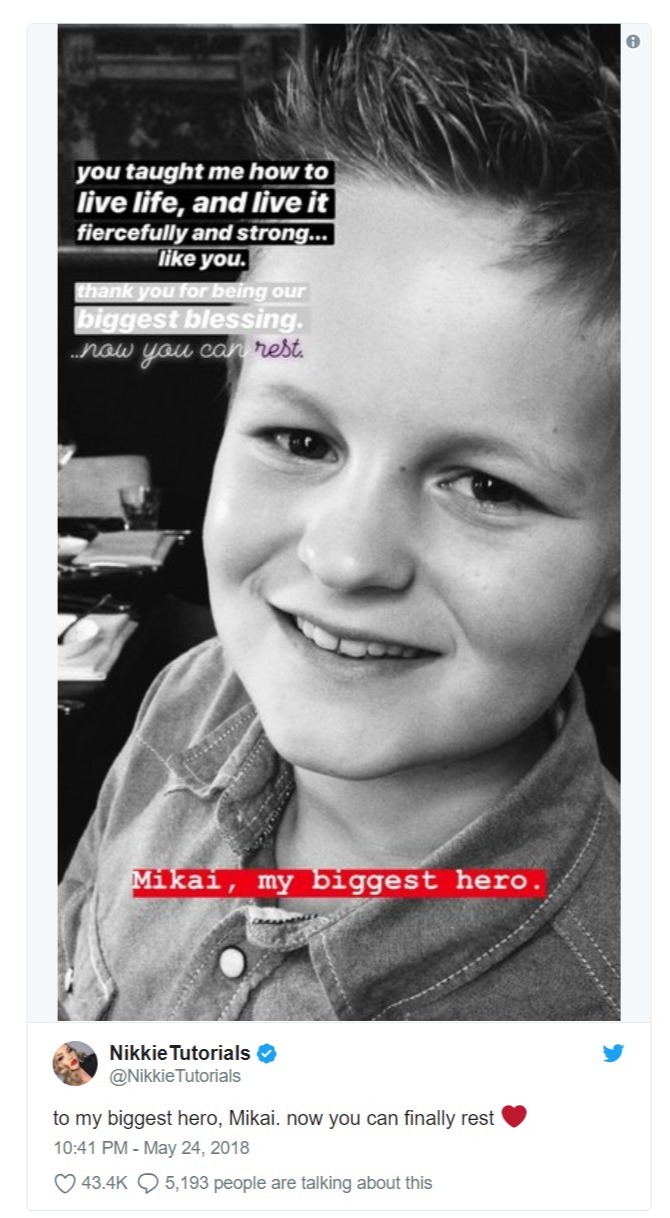 The comment section of her tweet has been flooded with heartwarming wishes from her followers. As per Nikkie’s most recent tweet, “if there’s one thing Mikai was way proud of, it was my channel, and he would want me to keep going.” Following that, she shared a unique video RAINBOW BROWS TUTORIAL! in the memory of her brother.

Nikkie dedicates a video for her little brother

Nikkie, who uploads a new video, “every Wednesday and Sunday 4:00 pm EST/01: 00 pm PST!” was not doing so after the health condition of her little brother started declining.  However, more recently, on June 10, she shared her new video, MAKEUP THERAPY! RED FOR MY LITTLE BROTHER. 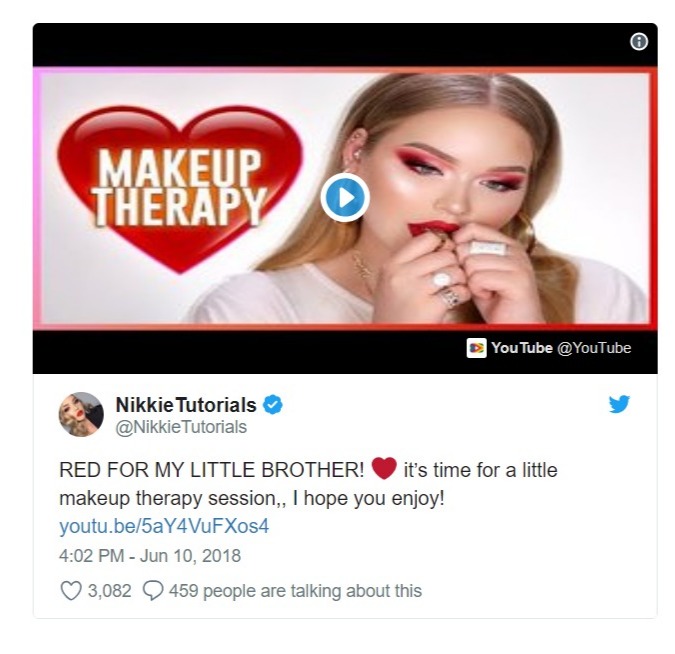 The makeup influencer further shared that she wants to celebrate “the life of [her] little brother” and “10 million subscribers.” Moving on, she took her followers back to the memory lane and brief timeline of her evolution. 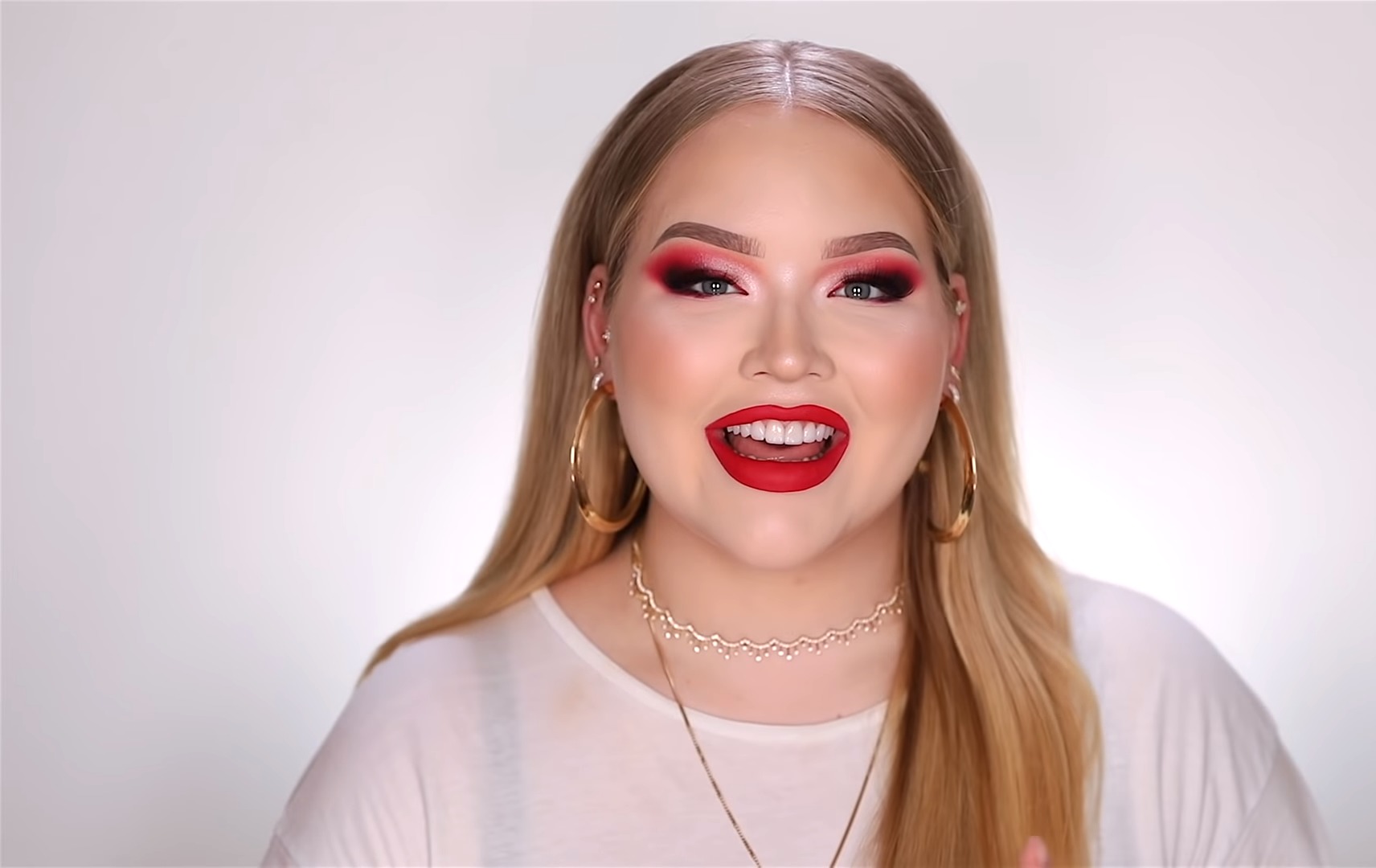 She refers the vlog a “makeup therapy” and further mentions that Mikai’s favorite color is red, so the theme of the video is also red. Doing her regular makeup routine following the “red theme,” she also requests her viewers to go with a little bit of red for her little brother. Swiftly, her comment section on Twitter got washed with red snaps of her fans and well-wishers.

Our heart goes out for Nikkie and her family. Rest in peace Mikai!

Judith Heard’s private pictures has been leaked on social media

Nikkie Comes Out as Transgender

On January 13, 2020, Nikkie came out as a transgender to her 12.7 million YouTube subscribes. Nikkie, who goes by the name Nikkie Tutorials on YouTube added that she was revealing the truth due to a threat of a blackmail.

The star vlogger explained how she transitioned throughout her teen years and by the time she was 19, Nikkie was a fully transitioned woman.

“I am NikkieTutorials, and I am Nikkie. I am me. We don’t need labels. But if we are going to put a label on it, yes, I am transgender. But at the end of the day I am me,”

The 25-year-old always wanted to open up about this part of her life but didn’t want to do it on her art channel but after receiving threats regarding leaking her story to the media, the make-up artist decided to take the matter into her own hands. She has received positive responses from fans as well as plenty of well-known YouTubers including Nikita Dragun and Gabbi Hanna.

Her ‘m Coming Out video had even topped the YouTube trending page with a view of 5.5 million in just 5 hours.

Dutch make-up artist and hair stylist, Nikkie de Jager aka NikkieTutorials, is currently enduring the tragedy of her little brother’s death with a motivation.

Recently, she shared a video, Makeup Therapy! Red for My Little Brother, dedicating to her brother, whose favorite color was red.

Introducing the video as an emotional mess, she talked about how her brother, Mikai, endured a long cancer battle.

She disclosed her fans about Mikai’s lymphatic cancer diagnosis a couple of years ago and had been letting them know how he was doing through the chemotherapy session.

While addressing him as the strongest and most inspirational guy she has ever met in her life, she said that he used to look at all her channel statistics and always had advice for her on how she could improve.

After one and a half year since the diagnosis, Mikai was declared cancer free and it seemed like the rough paths had ended for them, but the happiness couldn’t last long as cancer returned in 2017.

Nikkie along with her family went on a vacation to Tenerife, Spain, on May 1, 2018, which was her brother’s last wish.

Though it wasn’t something unexpected, Mikai’s death devastated her completely and she took the news to Twitter to share the news with her fans on May 25, 2018.

Her first video since Mikai’s demise was ‘Rainbow Brows Tutorial!,’ which she dedicated to him.

Nikkie started showcasing her love for makeup in 2008 when she started her YouTube channel, NikkieTutorials.

Updating two videos about enhancing beauty per week, she has stayed in the hearts of millions of people throughout the world.

And she says that her success as a beauty vlogger was what made his little brother proud.