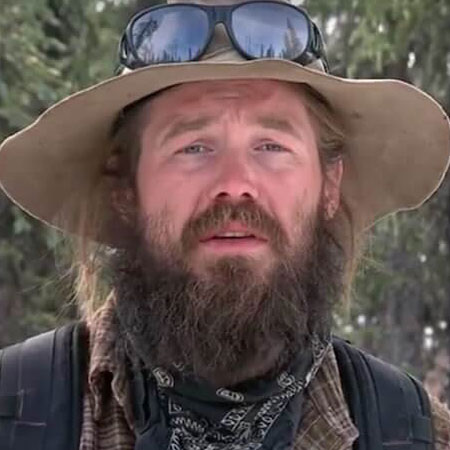 Morgan Beasley is a reality star and wanderer, known for his appearance in the History reality series, Mountain Men.

He graduated from the University of Idaho with a degree in Environmental Science.

After graduating, he started working in various sectors such as construction, cabinetry, fishery and more.

He fell in love with the unforgiving Alaskan bush and its uncanny landscapes after going on Alaskan Mountain trip.

He traveled around the world for about 10 years before finally settling in Alaska.

It was only after joining ‘Mountain Men’ during its fourth season in 2015, he gained the attention of TV audience.

At the beginning of the sixth season, he sliced his leg wide open with an axe while cutting down timber.

The same season, he lost the track while navigating melting snow. A series of mishaps has raised questions regarding his journey in the show.

He resides 20 miles northwest of the Great Alaska Range in a small, portable home which was built by himself.