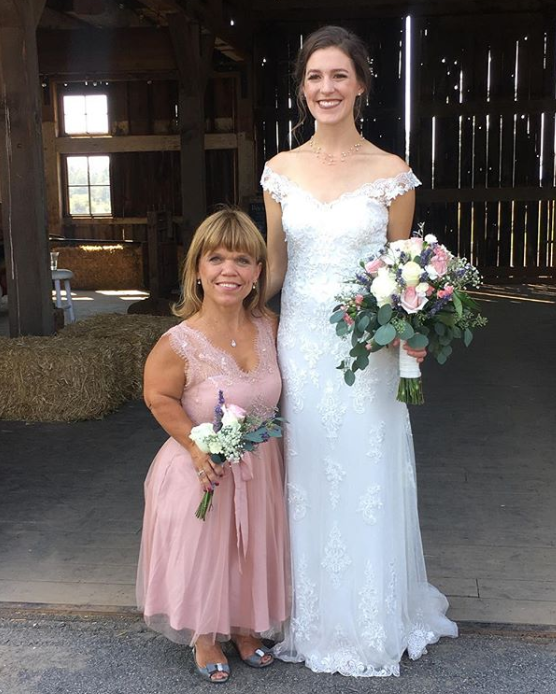 We got to see the fantastic world of the Roloffs when TLC brought Little People, Big World on March 4, 2006. The show revolves around the lives of Matt and Amy Roloff, both 4 feet tall but determined to succeed in a different world. Matt and Amy, who were married at the beginning of the show until their divorce in 2016, raised four children, Jacob, Molly, Zach, and Jeremy, all of whom appear on the show.

Although Zach was focused more on the show because he was the only child with dwarfism, Molly was a fan favorite. However, we have not heard or seen much of Molly on the show in recent times. Many fans wonder what Molly is up to, as it seems like the show has shifted focus away from her. Here’s why she’s barely seen on the show anymore.

Molly Jo, 25 (née Roloff), was a teen when she first appeared on the show. She got married to Joel Silvius back in 2017 at Roloff Farms. Her responsibility towards her new family is the reason behind her disappearance. Her wedding happened off-camera, and her mother Amy had already seen that her marriage would start a new chapter of her life. She posted an image of her daughter with a caption that read,

“Molly girl I love you so much. My little girl grew up and is now beginning a wonderful life w/ her husband Joel. I’m so so happy for you.”

2. Likes to Keep her Life Private

All the Roloff family members are active on social media except for Molly. In fact, her wedding with Joel Silvius took place off-camera. Joel himself hasn’t been too keen to be on camera. He has even openly criticized the show for scripting many scenes on his Instagram page.

Matt Roloff was settling down with girlfriend Caryn Chandler! His net worth 2019

The Roloff Farm is near Portland. Molly currently lives in Spokane, Washington. The two locations are roughly a six-hour drive, which can be tiresome when traveling to and from. The long-distance is a significant reason why Amy isn’t as prominent on the show.

Anfisa and Jorge Nava are quitting 90 Day Fiancé! Why?