Skip to content
Home » News » Why was Griff Jenkins wearing a sling on Sunday episode of Fox & Friends? Update on his health

Why was Griff Jenkins wearing a sling on Sunday episode of Fox & Friends? Update on his health 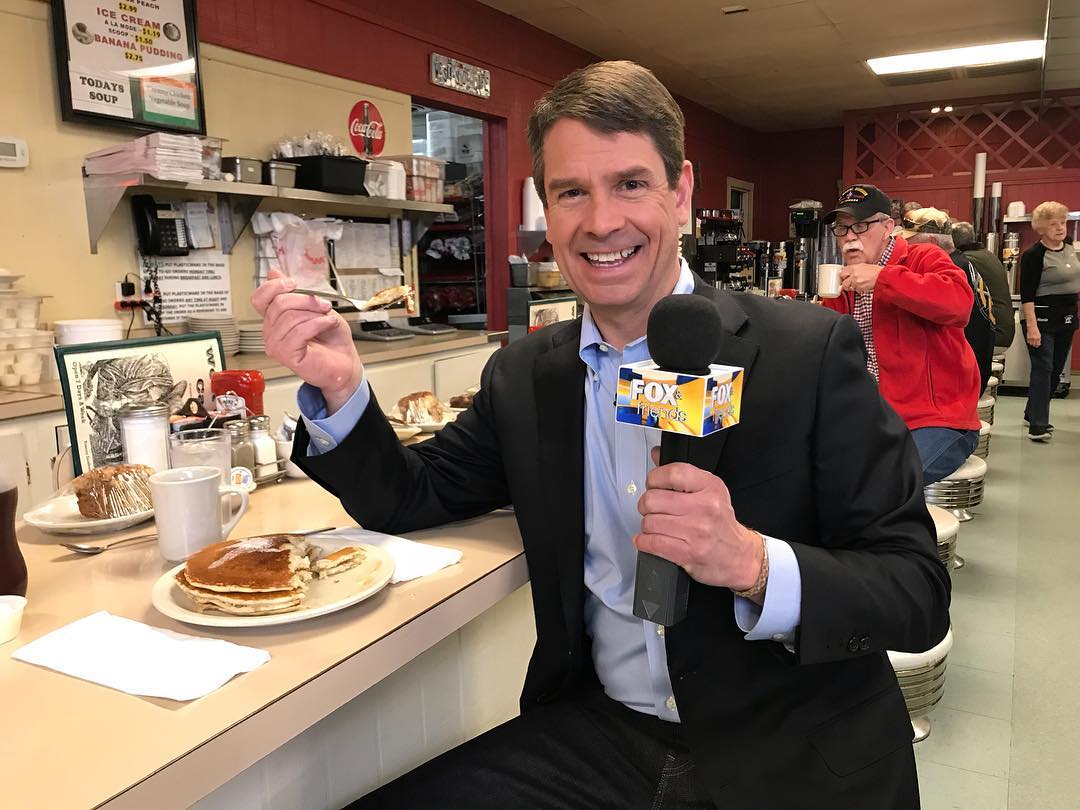 Griff Jenkins, a radio personality, and Fox News Channel producer, was seen wearing a sling on Sunday episode of Fox & Friends. That somehow left his fans and his co-hosts wondering what had happened to him overnight.

Griff Jenkins co-hosts the weekend segment of Fox & Friends from time to time. The conservative television and radio personality was fine and also diving on a pool to play catch on Saturday’s episode. 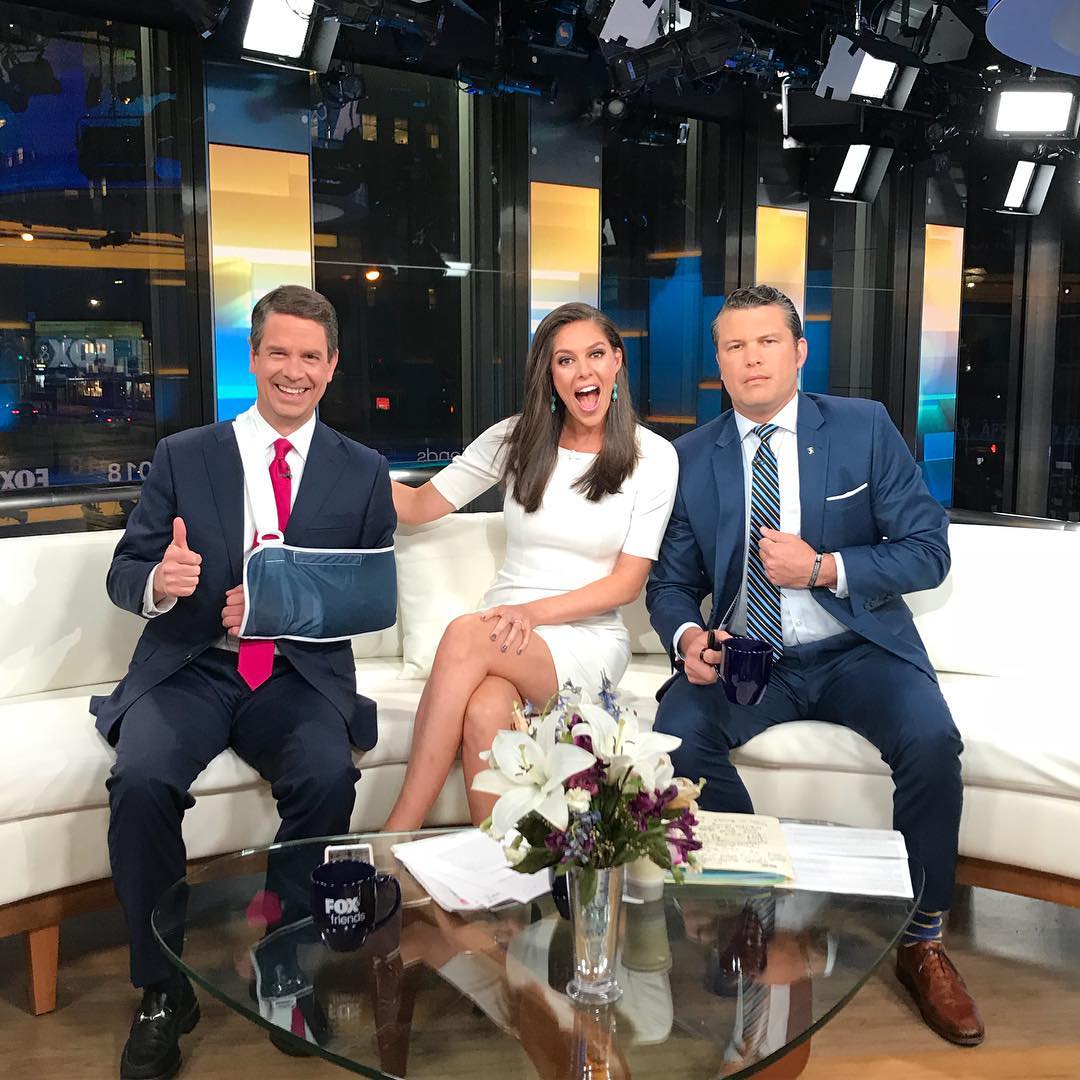 How did Jenkins hurt his shoulder?

If you guys watched Saturday’s episode of ‘Fox & Friends’, you would know that the cast and crew of the show went to The Plaza for some fun and games. Playing catch like the dogs was obviously a good idea, so Jenkins, competing against Pete, dived into the pool – in his suit – to catch the toy. 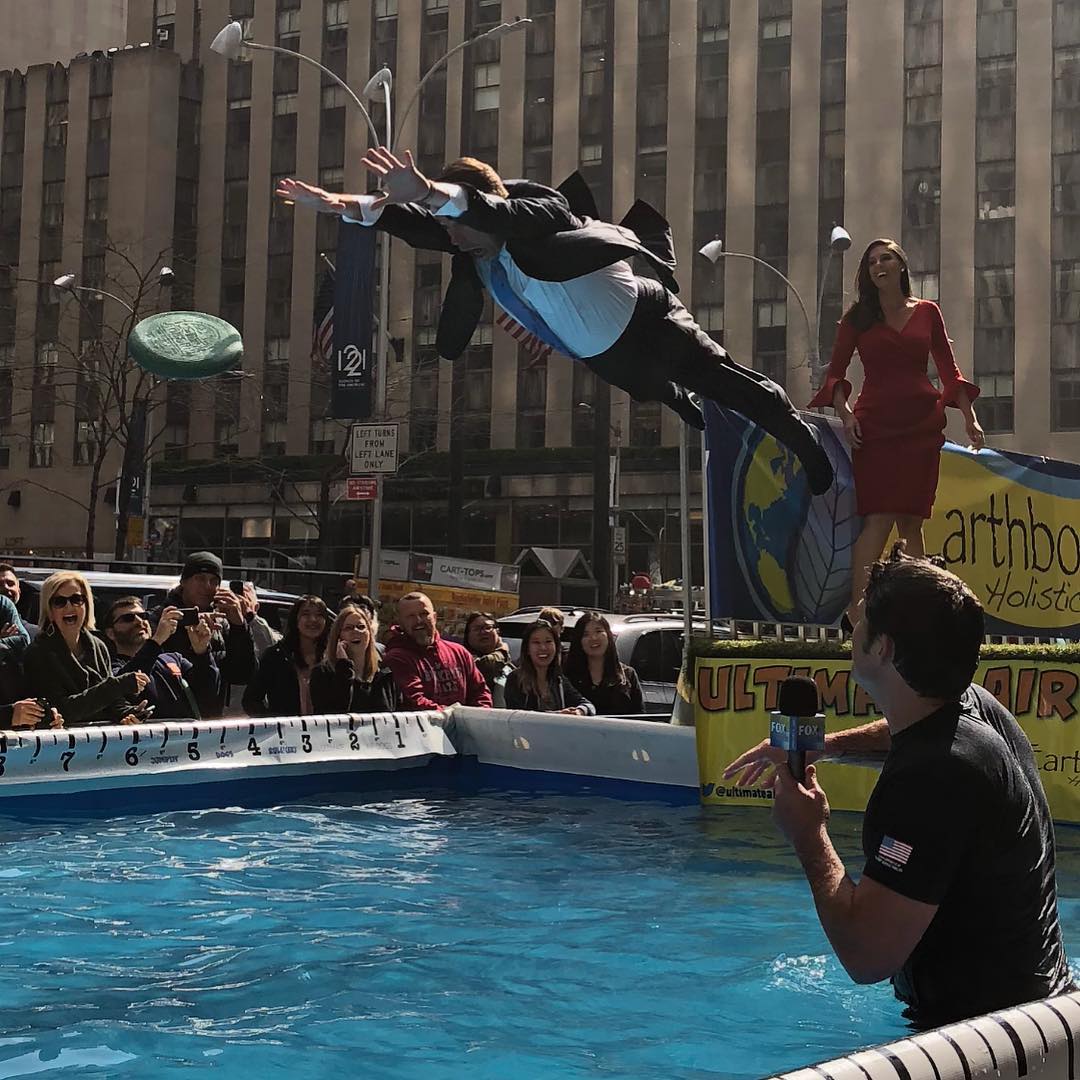 After the show, Jenkins went to the NYU Langone Health to get himself treated. He posted a video on Instagram updating his fans about the incident.

Jenkins, in his Instagram post, thanked Dr. Marc Siegel and Dr. Matt Gotlin for taking care of him. He also showed the X-ray of his shoulder when Dr. Gotlin explained that Jenkins had a complete shoulder dislocation. But, thanks to the doctors, he is fine now.

Despite such an injury, Jenkins still showed up the next day to shoot for Fox & Friends. His dedication to his work was noted well. For that, many of his fans appreciated the fact that he still came to work even after experiencing such a painful injury. Some fans sympathized him while the others wished him a speedy recovery.

On Sunday’s episode of Fox & Friends, they also showed a picture where Jenkin’s co-host Pete Hegseth was cutting pizza for him.

He has supposedly become a huge inspiration to everybody for handling the situation so well, and without a doubt, his fans hope to see him more on Fox & Friends. Get well soon Griff!