Skip to content
Home » Entertainment » The Mighty Ducks Cast in 2018: What are they doing now? 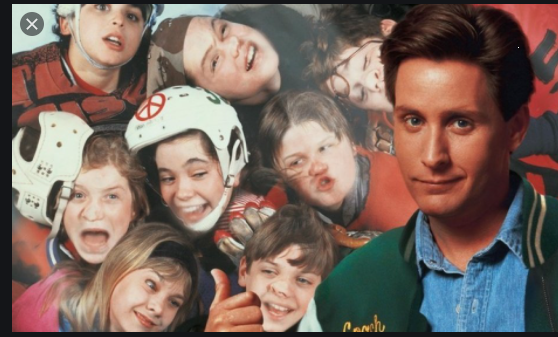 Believe it or not, it’s the bitter truth! Hollywood doesn’t pay as much attention to ice hockey as other sports. So, when Disney picked up a movie about a defeated lawyer taking over an outcast local hockey team, it was no surprise people were intrigued to see how it would turn out. Released in the 90s, the live-action film series, The Mighty Ducks took viewers by surprise.

With the storyline that revolved around Gordon Bombay (played by Emilio Estevez) creating a championship-winning peewee hockey team, the movie took the box office by storm. The success of the film trilogy led to the formation of a Stanley Cup-winning NHL team in Anaheim, Southern California, now known as The Anaheim Ducks and an animated series, Mighty Ducks.

Released a quarter-century ago, the show has earned a huge dedicated fanbase. So, how excited will you be to see a TV show about the trilogy on your screens? Recent reports suggest a small screen adaptation of the film series is in the works. It sounds like a big threat to all the fans, huh! Keeping that aside, for now, let’s meet the cast of the movie series and find out what they have been up to these days.

#5. Elden Henson as Fulton Reed in The Mighty Ducks

Those who have watched The Mighty Ducks won’t forget about Fulton Reed, the bad guy who turns out to be quite the softie at the end. Fulton was one-half of the Bash Brothers. Elden Henson, who played the role, made it his own, beautifully exhibiting the egoistic problems that teenagers generally face. Likewise, Elden has appeared in all The Mighty Ducks movies.

Well, the movies were his first real acting job which helped him to shape his career. After his remarkable performance in the film series, he has appeared in many movies and TV shows, including The Hunger Games: Mockingjay – Part 1 and Part 2. Currently, he is starring as a defense attorney, Foggy Nelson, in the hit Marvel series, Daredevil.

#4. The Mighty Ducks: Connie Moreau, played by Marguerite Moreau as

The flashy forward of The Mighty Ducks, Connie Moreau, portrayed by  Marguerite Moreau, inspired many teenage girls to pursue a career in sports. Referred to as “the velvet hammer,” Connie was a sweet teenage girl who became someone else after putting on the skates.

Following her acclaimed role in The Mighty Ducks trilogy, Marguerite went on to star in the 2001 cult classic Wet Hot American Summer, alongside Paul Rudd and Bradley Cooper. The actress has appeared in famous TV shows like Shameless and Grey’s Anatomy. She is still in the show business and is a great actor, but viewers will always hold her character from The Mighty Ducks close to their hearts.

The heart and soul of the misfit hockey team was the captain Charlie Conway. Portrayed by Canadian actor Joshua Jackson, Charlie was a leader and a loyal member of the ducks. After the movie’s success, Joshua had a dominant role in the teen drama Dawson’s Creek.

Jackson is seemingly more interested in acting on the small screen. Furthermore, fans saw Joshua in many popular TV shows such as The Affair and Fringe. However, his fans still remember him as the captain of The Mighty Ducks misfits.

The funny and lovable goalie of The Mighty Ducks was one of the most interesting characters in the movie. Before landing his striking appearance as Greg Goldberg, Weiss had already appeared in some TV shows, including The Cosby Show and Mr. Rhodes. He continued to flourish in his acting career, appearing in many famous TV series like Sabrina, The Teenage Witch, Boy Meets World and Freaks and Geeks.

Moreover, Weiss retired as an actor in 2008; afterward, things haven’t gone as planned for him. Furthermore, the retired actor was caught in a downward spiral that led him to jail on August 4, 2018, for Public Intoxication. Moreover, all the ducklings sure have grown up!

After failing as a defense attorney and being caught drinking and driving, Gordon Bombay, played by Emilio Estevez, was forced to do 500 hours of community service which included the management of the local hockey team. Moreover, Emilio rose to fame in the early 80s, all thanks to his noteworthy performance in the 1983 hit movie, The Outsiders. Besides acting, Emilio is a very prominent director who made his directorial debut in the 1986 film Wisdom.

Nowadays, he is more focused on writing, producing and directing movies. Besides, fans want to see Bombay back in action with the news of The Mighty Ducks TV adaptation under works.

Are you excited to watch the story of the hit movie on the small screen? Spill your thoughts in the comments.

Crocodile Dundee Cast: What are they doing now, after 30 Years?