Skip to content
Home » Entertainment » 5 Behind the scenes facts of Call the Midwife. Fake Trailers and more

5 Behind the scenes facts of Call the Midwife. Fake Trailers and more 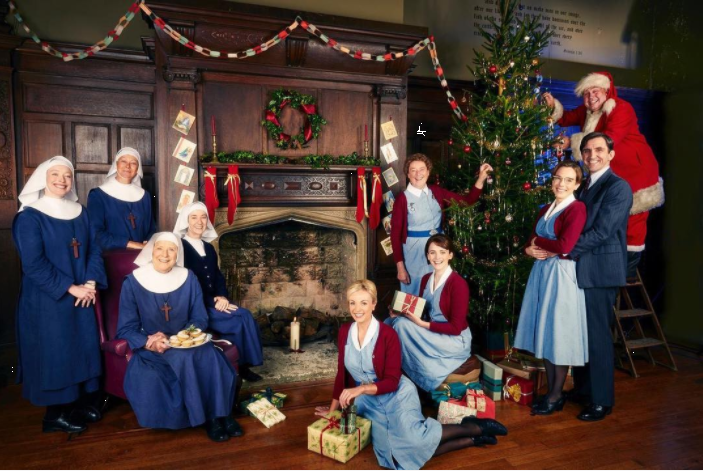 Heidi Thomas’ Call the Midwife has been entertaining its audiences since 2012. The show is based on the best-selling memoirs of the British nurse, Jennifer Worth, who worked as a midwife with the Community of St. John The Divine. The seventh season of BBC One’s hit drama series ended with an emotional cliffhanger on March 11, and fans worried about the show’s renewal for the eighth season.

However, they were given a sliver of optimism after an announcement on the show’s official Twitter page. The tweet read, “It’s happening!!! Series 8 of #callthemidwife has just started filming!! @BBCOne.” On this occasion, today, we bring you some behind the scene secrets from the show.

The show is set in the 1950s and 1960s, so hairdos and dressings should resemble the trends of the time. Each day it takes about two hours to do each midwife’s hair with backcombing and lacquer. Though some of the midwives’ hair may look fake, it’s all their own.

Most female guest stars appear on the set with different kinds of highlights and dyes in their hair. The make-up team takes them to salons for a wash and pays to put the highlights back again after the shoot.

As stated earlier, Call the Midwife is based on the best-selling memoirs of Jennifer Worth, who worked as a midwife in the 1950s. However, her three memoirs: Call the Midwife (2002), Shadow of the Workhouse (2005) and Farewell to The East End (2009), only provided one-and-a-half seasons worth of content.

After season one, most of the stories were acquired through oral testimony. Heidi Thomas hired an analyst to account for and interview people who worked as midwives in the 1950s. This process has developed all the stories after the first season.

Among its 9 million viewers, the show has been able to attract some Royal audiences as well. It is said that the Duchess of Cambridge and Duchess of Cornwall are also fans of the show.

A DVD of the special festive episode is sent to the Sandringham House every Christmas. In addition, celebrities like Lena Dunham, Whoopi Goldberg, and Paul McCartney have been regular viewers whose mothers were midwives.

#2. Filming of the Show and the Weather

The show’s filming usually starts in April and ends in July. So, when the temperatures escalate, actress Helen George hires an ice cream van to serve everyone some cool refreshments.

Producers of Call the Midwife are known for giving false spoilers and notices. They generally release false date and call sheets so fans won’t turn up to their outdoor shoots.

Which of the facts mentioned above did you find most interesting? Please let us know by commenting below.