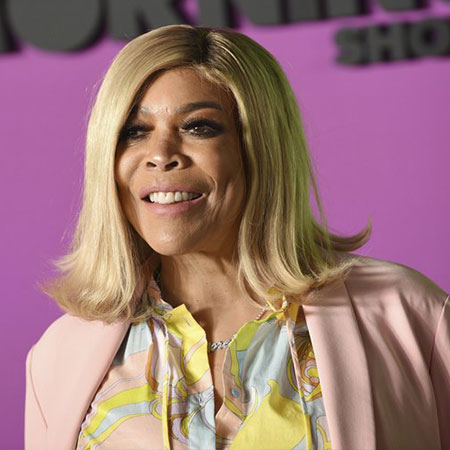 She has been hosting ‘The Wendy Williams Show’ since 2008.

Williams is known for dissing celebrities and getting into their personal lives.

Even though she likes to snoop around in other’s relationships, she has managed to keep her relationship under wraps.

For instance, she used the pseudonym Robert Morris III when referring about her first husband in her biography.

She got married to her second husband Kevin Hunter on November 30, 1997.

She candidly spoke on her radio show that she suffered two miscarriages before her son’s birth.

Recently, Dailymail reported that Hunter has been in a relationship with another woman for nearly 10 years.

Allegedly, he bought his mistress, Sharina Hudson, a masseuse, a $800 thousand home.

Wendy addressed the rumors in her show and explained that her husband is not cheating on her.

She even showed her wedding ring before saying, “I stand by my guy.”

However, on other occasions, she has said that her husband has cheated on her in the past.

It was also reported that Kevin is a violent and abusive husband.

In 2008, the booker for The Wendy Williams Experience, Nicole Spence filed a lawsuit against Wendy with Equal Employment Opportunity.

Spence claimed Wendy’s husband Kevin propositioned her in the most crude ways on many occasions.

Further, she claimed that Kevin created a hostile work environment by abusing his wife on the company premises.

Both Wendy and Kevin vehemently denied the charges and the $5 million suit was settled out of court.

Overcoming numerous hurdles in their married life, they have managed to be together for 2 decades.

They will celebrate their 20th anniversary in November.