Skip to content
Home » Entertainment » What is Vera Miles doing at the age of 89? 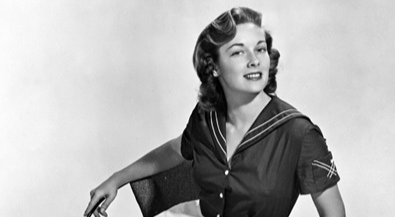 Vera Miles is a retired American actress who worked closely with Alfred Hitchcock, most notably in the Psycho series. She was born Vera June Ralston on August 23, 1929, in Boise City, Oklahoma, to Thomas and Bernice Ralston. She grew up with three elder siblings in Kansas.

After gaining the Miss Kansas crown in 1948, Vera Miles later placed third in the Miss America contest. Vera caught the attention of many Hollywood producers. Afterward, she won roles in films like Two Tickets to Broadway, Tarzan’s Hidden Jungle, The Searchers, and television shows, including an episode of Medic.

Vera Miles became widely publicized as the successor to Grace Kelly in Alfred Hitchcock’s movies! Miles signed a five-year personal contract with him in 1957. Vera was cast opposite Henry Fonda in The Wrong Man. Hitchcock had planned to cast her in Vertigo but later chose Kim Novak due to Miles’ pregnancy.

Vera later earned a role in Psycho (1960) as Lila Crane, sister to Janet Leigh’s character. She reprised her role in Psycho II (1983). In 1962, she starred in The Man Who Shot Liberty Valance, followed by notable films like Follow Me, Boys!, Hellfighters, and The Green Berets.

She appeared in many hit TV shows like My Three Sons, Murder, She Wrote, The Love Boat, and Hotel. She retired from the industry after playing the role of Dr. Ruth Goldin in Separate Lives in 1995.

What is Kim Novak doing now?

Vera Miles married four times. Her first husband was Bob Miles, who married from 1948 to 1954. They shared two daughters, Debra and Kelley. She tied the knot with her Tarzan’s Hidden Jungle co-star, Gordon Scott, in 1956 and divorced in 1960. They had one son, Michael.

Vera’s third husband was Keith Larsen, who married from 1960 to 1971. They welcomed a son, Erik, together. Vera Miles married her fourth husband, director Robert Jones, from 1973 to 1975.

Now, Miles lives in Palm Desert, California, and does not make public appearances or grant interviews.

While actress Jessica Biel was preparing to play Miles in Hitchcock’s biopic, Miles didn’t meet her, instead of sending her grandson. Biel said about her meeting with Psycho star’s grandson,

“Vera Miles wasn’t interested… Vera is alive and did not want to speak to me because she doesn’t have a public life and is not interested in a public life.  don’t think that was an insult to me but her grandson was available and so I picked his brain for hours. He’s married and was very nice and (a) very respectful guy, and he was very unsure about me at first. He is very protecting of his grandmother, but he was the best historian on her career and who she was at the time of Psycho.”

“Her life is exactly what she wanted. I feel it’s very challenging to have a private life. It’s been very hard for me to have any sort of privacy in life. I get that it’s a balance you have to try and create but it’s very hard.”

Net Worth of Vera Miles