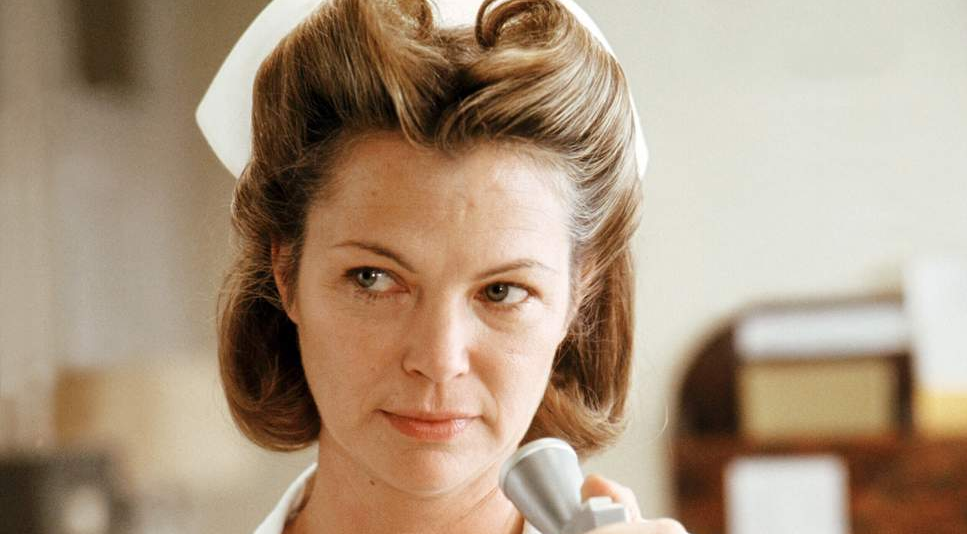 If you had to list the iconic screen villains, a few names come to mind: Darth Vader, Hannibal Lecter, Norman Bates, the Wicked Witch of the West, & the Joker. One of the unforgettable antagonists is Nurse Ratched, who manages to be as terrifying as the rest, without green skin or a taste for human liver. And Louise Fletcher portrayed the character perfectly!

Louise Fletcher has been recognized as the cold and calculating Nurse Ratched in the 1975 film One Flew Over the Cuckoo’s Nest, set in a psychiatric facility. Fletcher made history as the third actress to achieve Academy, BAFTA and Golden Globe for a single performance after the movie.

But, the actress herself can no longer bear to watch the movie, probably because of the character she played, the heartless tyrant who rules the asylum with an iron fist.

“I find it too painful. It comes with age. I can’t watch movies that are inhumane. I was really shocked in those scenes where I was actually so cruel.”

Honoring the legacy of Nurse Ratched and Louise Fletcher, let’s take a trip down memory lane and also find out what she has been up to.

Where is Vera Miles now?

On July 22, 1934, Louise Fletcher was born in Birmingham, Alabama, the second of four children to deaf parents, Estelle Caldwell and the Reverend Robert Capers Fletcher. She started the industry with roles in television series like Lawman (1958) and Maverick (1959).

Louise continued guest-starring in TV shows until being cast as Jack Nicholson’s character, R.P McMurphy’s nemesis Nurse Ratched in One Flew Over the Cuckoo’s Nest. Later, she appeared in films like Exorcist II: The Heretic, The Cheap Detective, The Lady in Red, and The Magician of Lublin.

Fletcher won the Emmy nominations for her guest portrayals in Picket Fences and Joan of Arcadia. Moreover, Louise recently appeared as Grammy Gallagher in Shameless. Fletcher made history as the third actress to achieve Academy, BAFTA and Golden Globe for a single performance.

Fletcher married literary agent and producer Jerry Bick in 1960 and divorced in 1977. They welcomed two sons, John Dashiell Bick and Andrew Wilson Bick. Nevertheless, she took an 11-year hiatus from acting to raise her sons. And finally, Fletcher returned to the big screen in 1974’s Thieves Like Us.

Fletcher said that her family had a hard time coping with the attention. What’s more, she was getting after the unprecedented success of One Flew Over the Cuckoo’s Nest.

“It’s not anywhere near as pressurized then as it is now, and then it was unbearable. It was unbearable for my husband, who had a hard time with the whole phone ringing and people being around part of it. It changed our lives quite a bit at home. My kids, who were teenagers, didn’t like it much either. They didn’t like their mom being noticed. Being a teenager is hard enough.”

Net Worth and Salary

Now, at 84, after two bouts of breast cancer, Fletcher is still here well and alive. She continues to raise awareness about the severe ailment affecting women worldwide. As of 2019, she has been reported to have a net worth of around $1 million.

How much is Kirsten Vangsness’s net worth?