Skip to content
Home » Entertainment » Vanna White owes her huge net worth to the Wheel of Fortune salary.

Vanna White owes her huge net worth to the Wheel of Fortune salary. 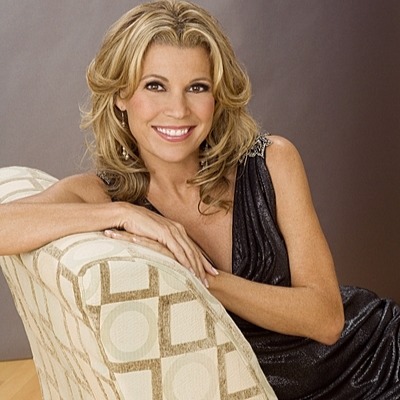 Vanna White and her salary from Wheel of Fortune make up a large part of her $40 Million net worth. Her paycheck is less than Pat Sajak, drawing $12 million annually. She owns a home in Beverly Hills, California, where she lives with her children.

Success was not hand-delivered to Vanna White. Before landing as the co-host on the show Wheel of Fortune, she did minor roles in television shows and movies like Gypsy Angels, Looker, Graduation Day and Star of the Family.

Her first appearance on the TV was on the popular game show The Price is Right, where she was among the first four contestants.

In 1982, the then co-host of Wheel of Fortune, Susan Stafford, left the show, and NBC was searching for a new face to fill in the position. White’s career started to pick up when she was shortlisted for the position among 200 other candidates and picked as the co-host.

On December 13, 1982, she made her first appearance as the regular hostess for the show. Since then, she has appeared in more than 6000 episodes and has already spent more than three decades turning the letters on the puzzle board. Currently, she is living her childhood dream of appearing on the television.

Fun Fact: She has never worn the same dress twice on the show.

Apart from co-hosting the game show Wheel of Fortune, Vanna has also tried her hand at acting. She has guest-starred in several TV shows like L.A. Law, 227 and Goddess of Love Married with Children, Indecent Proposal. She made cameo appearances in movies like Naked Gun, Graduation Day and Double Dragon. However, her acting projects could not live up to the expectations.

In 1987, she released the book Vanna Speaks! which was a bestseller. On April 20, 2006, she received a star on the Hollywood Walk of Fame, which Merv Griffin, Pat Sajak, and Alex Trebek witnessed.

Having a dream of appearing on television from a young age, Vanna White is now the longest-serving co-host of the world’s 2nd longest-running game show, Wheel of Fortune. Joining the show turned out to be a huge career move for Vanna. And from that time, her career has headed upwards, collecting massive net worth. She is also a Guinness Book World Record holder as she was recognized as “Television’s most frequent clapper” in 1992.