Skip to content
Home » Entertainment » Valentina Sampaio is set to be the first trans-Victoria’s Secret Model.

Valentina Sampaio is set to be the first trans-Victoria’s Secret Model. 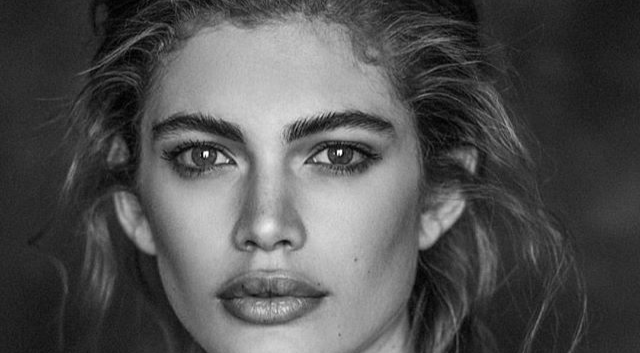 Brazilian model/actress Valentina Sampaio is the first transgender person to model for Victoria’s Secret. She is also the first Trans Woman featured on the cover of Vogue. Furthermore, the 22-year-old model is in every editorial and the best glossy magazines.

Sampaio is, without a doubt, making her way to the top. Finally, here are some things you should know about the new rising model.

Valentina was born in a fishing village in Aquiraz, Brazil, on December 26, 1996, as a boy. Her father was a fisherman, and despite the family struggle, she was given all the love and support she required.

Being born as a boy, Valentina had a different name growing up. At the age of 8, she faced discomfort with her male body, and her psychologist understood the situation and figured her to be transgender.

Her family also accepted that she was not comfortable in a boy’s body, and at the age of 10, she became Valentina Sampaio. She was loved by all and never had to face bullying or harm.

Being a transgender person at a very early age made Valentina an LGBT icon worldwide. With her majestic gaze, she was able to seek the right amount of attention, which later was fruitful for her career. Valentina started working as a model from a very early age.

Valentina did catwalks in shows for the fashion school she attended as a teenager.

On the cover of Vogue

The fashion bible had never had a Trans model on its cover before. It was a giant step for global diversity when Valentina became the first featured transgender on the cover of Vogue Paris in March 2017.

Sampaio then became the face of Elle Brasil in July of the same year. What’s more, Valentina is currently a spokeswoman for L’Oreal alongside several celebrities, including Grazi Massafera, Isabeli Fontana and Sophia Abrahao.

She had also appeared in a 2017 Brazilian TV series, A Forca do Querer and a film drama, Berenice Procura, where she played the role of a transgender singer, Isabelle.

Victoria’s Secret was under a dry spell for about a year when its chief marketing officer, Ed Rakez, made some transphobic comments regarding transgender and plus-sized models. With a follow-up apology from him, there wasn’t much of a comprehensive effort regarding the trans model until recently.

Valentina Sampaio created history as the first-ever trans woman to be hired by Victoria’s Secret. Furthermore, the model took to Instagram to share the news by posting her behind-the-scenes picture on Victoria’s Secret Pink set on August 2, 2019. Lais Riberio, a VS angel, also shared the good news, congratulating the new angel, Valentina, via Twitter, where she wrote, “The first transgender person to shoot with VS! This makes me so happy!”

However, we will not see her walk the annual runway as the brand has discontinued its tradition. But we will be visiting the model in whatever is coming next.

Valentina shares her mesmerizing pictures on Instagram with her followers with her perfect body and magnetic gaze. She also shares exciting news regarding her latest works. On August 3, 2019, the model shared one of her videos with a caption saying, “Never stop dreaming, genteee.”

Sampaio is currently studying architecture alongside modeling. According to an interview, the model wishes to have a family and kids in the future.