Skip to content
Home » Entertainment » The Little House on the Prairie Cast: Where Are They Now?

The Little House on the Prairie Cast: Where Are They Now? 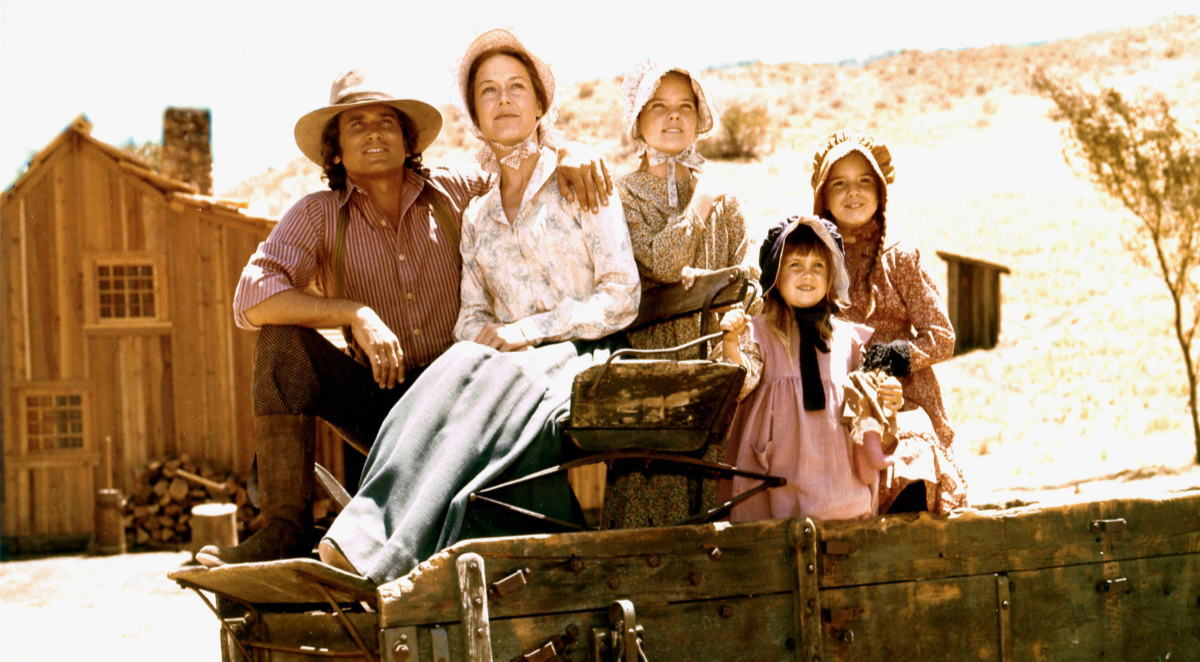 No one had ever thought that toppling down a grassy hillside would be so much fun until Carrie, Laura, and Mary Ingalls rolled down the prairie in the opening credits of NBC’s popular TV show, Little House on the Prairie.

Released after an unanticipated success of the TV movie of the same name, Little House on the Prairie premiered on September 11, 1974. The show was an instant hit and millions of families tuned in to NBC every week to watch the Ingalls.

The stories of the Ingalls still are resonant today. Their themes of enjoying simple, homemade pleasures and respecting the natural world while cultivating community bonds continue to create an impact. Loosely based on the autobiographical children’s novel by Laura Ingalls Wilder, Little House on the Prairie ran for nine seasons until it was cancelled on May 10, 1982.

This year marks the 45th anniversary of the show, and in honour of the show, today we take a look at what the cast of the beloved family drama is doing now.

Eldest of the Ingalls siblings, shy Mary Ingalls, was played by beautiful Melissa Sue Anderson. Melissa was just 11 when she landed the role of Mary on the show.

In 1978, she received her first Emmy nomination for Best Leading Actress in a Drama Series for her portrayal of Mary. Before Little House, she had made some appearances on shows like Bewitched, The Brady Bunch and Shaft.

Melissa left the show after eight seasons and guest-starred in numerous TV shows, including Finder of Lost Loves, Murder, She Wrote, Glitter, and The Equalizer. She also appeared in movies like Happy Birthday to Me, First Affair, Chattanooga Choo, and Dead Men Don’t Die.

She published her autobiography titled, The Way I See It: A Look Back at My Life on Little House, which chronicled her life during the filming of Little House on the Prairie. The 56-year-old currently resides in Montreal, Quebec, with her husband, Michael Sloan and two kids, Piper and Griffin. Melissa last appeared in the 2018 movie, The Con Is On, which starred Uma Thurman and Tim Roth.

Melissa Gilbert grew up portraying the role of spunky Laura Ingalls in Little House on the Prairie. Thanks to Melissa, the tomboy-like character of Laura, who loved to go fishing with her Pa and wrestle with Nellie Oleson, will always stay in our hearts.

Not only that, Melissa even got a Golden Globe nomination for Best Actress in a Television Series Drama in 1981. Following Little House, Melissa continued appearing in TV movies and guest-starred in numerous shows like Family Secrets, Little House: Bless All the Dear Children, Penalty Phase, and Killer Instinct.

From 2001 to 2005, she served as the President of the Screen Actors Guild. In 2009, she also published an autobiography, Prairie Tale: A Memoir, where she opened up about her substance use and famous boyfriends, including Rob Lowe and Tom Cruise.

In 2012, she competed in the fourteenth season of Dancing with the Stars and finished in fifth place. Although acting has always been her first love, she tried pursuing a career in politics and ran for U.S. Congress as a Democrat in Michigan’s 8th congressional district in 2016. She won the Democratic primary but later dropped out, citing health problems.

The third and youngest child of the Ingalls family at the show’s beginning, Carrie Ingalls was brought to life by Greenbush’s twin sisters Lindsay and Sidney. The Greenbush sisters shared the role from 1974 until 1982.

Between them, Lindsay played the role of Carrie more than her sister. In the show, they can be distinguished by the space between Sidney’s upper front teeth. After the show ended, they appeared in numerous commercials. In 1983, Sidney appeared in the film, Hambone and Hillie, and Lindsay had a guest appearance in one of the episodes of Matt Houston. After that, they took leave from acting and focused on schooling. They graduated from Santa Monica High School in 1988.

In 2014, Lindsay married Daniel Sanchez, and they have the most romantic love story. During the filming of Little House, Lindsay used to play with a boy named Danny, who lived near the filming area. When the show ended, the two lost touch with each other. But thirty years later, they fell in love and married under the same tree they used to play around on the set.

Sidney’s sister was married to ranch owner and horse breeder William “Rocky” Foster. They were married for nine years until Rocky died of suicide at 55 in 2009. The sisters often visit the Big Sky Ranch and meet with fans.

“My home is where you are. And you and the children are my families,” Ma said in one of the show’s episodes, and it is still regarded as one of the best lines in the history of the small screen.

The matriarch of the Ingalls family and a good neighbour to many Walnut Groveians, Caroline “Ma” Ingalls! Moreover, Karen Grassle played the character in 182 episodes of Little House on the Prairie.

After the show ended, she guest-starred in many TV shows and TV movies like Cocaine: One Man’s Seduction and Hotel and reprised her role of Caroline in Little House: The Last Farewell. She also guest-starred in Murder, She Wrote in 1987 and 1988.

What is the cast of The Rifleman doing Today? Where are they?

Michael Landon portrayed the loving and ruggedly handsome family patriarch Charles “Pa” Ingalls in 161 episodes of the show. Apart from acting, Landon was also one of the show’s directors.

Before bringing Pa to life, Landon had spent ten years on the set of Bonanza, where he appeared as Little Joe in 14 seasons of the show. Following Little House, he created a new show, Highway to Heaven, where he served as executive producer and starred as Jonathan Smith.