Following the end of the 12-year-long marriage, Arianne Zucker is dating Shawn Christian. 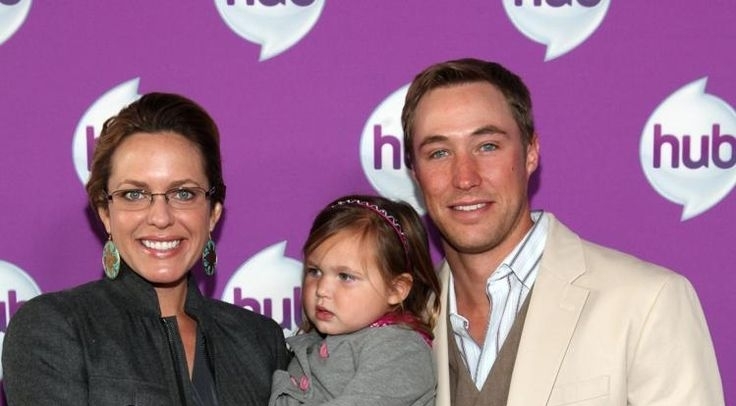 Actress Arianna Zucker was once a married woman and is a mom of one. Seemingly, her marital bliss wasn’t much stable as the relationship was claimed as on and off with two separations once after five years of wedding and finally in 2014.

Following her separation from Kyle Lowder, her husband, many reports surfaced that she is dating an actor Shawn Christian.

When did Arianne Zucker start dating?

As we know, Arianne Zucker began dating an actor Michael Dietz in 1997. The couple romanced for two years and had even shared their engagement rings before splitting in 1999. Afterward, she started feeling cozy with Days of Our Lives co-star Kyle Lowder.

Smitten by each other, they took their relationship to a romantic level in 1999, and after two years of dating, they tied a knot on 3rd August 2002. Their friendship lasted till 2007 when the couple separated for the first time. It was rumored that Zucker wanted a child, but Lowder didn’t. The reason developed disputes between the duo.

A year after they separated, they reconciled, to everyone’s surprise. Everything was going to be fine now as the reunion soon put Arianne on cloud nine when they welcomed their bundle of joy. The couple welcomed a baby girl named Isabella Resse Lowder on 7th December 2009.

Supposedly, their paradise was complete by then, but the context wasn’t what others thought would happen. Their reconciliation couldn’t be their lifetime commitment, as they finally parted ways in 2014 for a reason still undisclosed.

According to an Insider, The Pair didn’t have any issue

An insider to them said, “The pair didn’t have any problem between them. They just had different values, and they wanted to pursue their career the way they wanted. So for the sake of heightening their career, they decided to end their marriage.”

Regardless of their relationship from husband & wife to divorcees, the duo remains close friends. In a joint statement, they said, “In response to ongoing inquiries, we would like to announce that for our privacy, we quietly separated a while ago and are officially divorced. We continue to remain great friends and loving parents to our daughter.”

As of now, Shawn Christian is in her life, accompanying her in every thick and thin since 2014. A matter of surprise is that Shawn is also on the Days of Our Lives cast since 2008. The romantic duo is likely to be each other’s better half as it’s already three years they have been together.