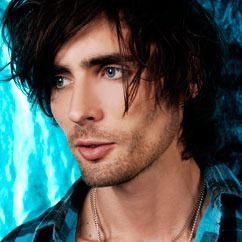 Tyson Ritter is an American-born singer and an actor who has done numerous music albums and filmography.

Tyson was born on April 24, 1984, in Stillwater, Oklahoma, USA to mother Tracey Rains who was a school teacher. The whereabouts of his father is not known to the media. He has a brother named Zack and a sister named Bailey.

Ritter, 32,  got married to Elena Satine in 2013. They had been together for a long time before Tyson decided to get down on his knees and offer the ring. Elena and Tyson do not seem to have any children yet.

Tyson Ritter was born to a mother who was a teacher at Stillwater Public School. So, he along with his two other siblings, went to Stillwater High School. The siblings had great time together in the school. Moreover, Tyson was very much fond of music during those days.

Ritter met his very first bandmates when they were having a school party. Hence, the high school became a junction for the making of the band which would later become famous all around America.

Tyson Ritter enthusiastically summoned his musical friends and proposed the idea of forming a band. Then, there they started with the zeal of teenagers.

Tyson Ritter has been a member of The All-American Rejects band for his whole life. The band has released four albums so far; they have sold around 10 million copies worldwide and 4 million singles. In the start of the career, it had been hard for the band to get any recording producer.

Tyson’s 2014 appearance in the film Love and Mercy as a hipster was very much appreciated.

Tyson Ritter has an astounding height and other body measurements

Tyson Ritter is 1.85m tall and looks very lean, yet sexy in the eyes of women. Ritter doesn’t have a John Cena type body or the unusually skinny body. He looks fine in that lean body – flat chest and belly, skinny arms and almost flat buttocks.

Tyson has some tattoos on his body. The most prominent one is the tattoo on his right pectoral. There is a kind of a line coming out of that tattoo which extends to his right hand. Tyson looks hot without shirt, especially because of the tattoos.