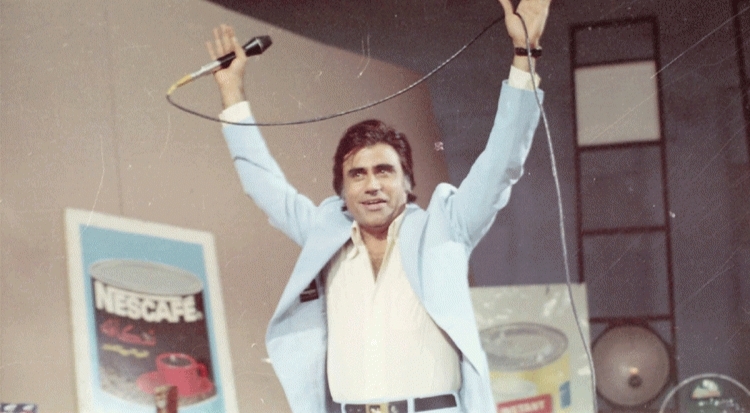 An eminent Pakistani television host turned politician, Tariq Aziz is best recognized for his quiz show- the Neelam Ghar. The Neelam Ghar was renamed as Tariq Aziz Show and later as the Bazm-e-Tariq Aziz.

Tariq was born on 28th April, 1936 in Sahiwal, Punjab. He holds Pakistani citizenship. No further information can be traced of his early life, parents and education.

Tariq started his career as a radio host at the Pakistan radio network. During his initial years in journalism, he became a member of Pakistan Television (PTV since its transmission in 1964 from Lahore.

He was appointed the first newscaster on the Pakistani Television. He became a prominent television personality when he started anchoring the ‘Neelam Ghar/ Tariq Aziz Show’. He took entertaining interviews of famous sportsperson and celebrities in the show.

One of Tariq’s fans took to Facebook to say “My favourite of all time and I loved his poetry part in Bazm e Tariq Aziz show”.

Tariq Aziz pursued an inspiring career in entertainment and politics

Not only a TV host, Tariq worked as a side-actor in the 60s and 70s Pakistani movies. His most noticeable role was in movie Saalgirah.

Tariq was actively involved in Pakistani politics. Time and again, he was applauded for being able to influence people with his beautiful language and inspiring words. In 1970, he joined the Pakistan Peoples Party. After nearly two decades of political involvement, he was appointed a member of ‘Pakistan National Assembly’ in 1996.

Tariq’s political life took turn when he was charged for attacking the Supreme Court in Pakistan. After the incident, he became an integral member of Pakistan Muslim League. He was also elected in the National Assembly from Lahore.

Despite his associations with powerful political parties, he made his way back to glamour world. However, due to some of his notorious political involvements, he failed to gain much success.

In addition to a political and entertainment career, he became popular for being a phenomenal philanthropist and poet. Tariq was awarded significant awards in his career which includes the prestigious ‘Presidential Pride of Performance Award’.

Not only that, Tariq is yet to reveal his annual income and net worth. He must have accumulated a huge amount of net worth from his career.

Tariq stands five feet and eight inches. Even at 80, he seems passionate and energetic as his younger self. He has a dashing and influential personality.

With his magnetic personality, he has been successful to gain theattention of people beyond Pakistan.Tariq Aziz is a phenomenal role model to young Pakistanis.