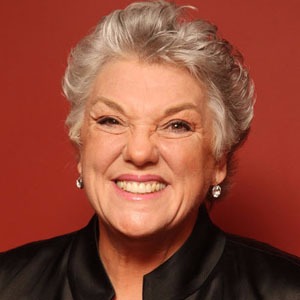 A legendary woman who has graced all the acting arena from theater to the big screen, Tyne Daly is a sensational figure whose contribution to the entertainment world can never be overlooked. Award-winning actress, Tyne has left no space for dissatisfaction to the viewers, when it comes to entertaining them with her breathtaking performances on stage and screen.

She has been a household name in the show business through a wide array of the projects including ‘Judging Amy’, ‘Gypsy’ and ‘Cagney & Lacey’.

Kid of artistically inclined family, her father was her inspiration

She came from the acting clan, as her mom Hope Newell was a character actress while her dad James Daly was famous for his stage and award-winning television works. Similarly, her brother Tim Daly also claimed to fame for his starring role in the television hit ‘Wings’ among several other screen projects.

She attended Rockland Community College and then Brandeis University, but her heart was somewhere else. So, she eventually dropped out to pursue a full-time acting career.

Starting with minor roles in the television, Daly continued to collect on-screen experiences taking guest-starring roles in a number of television projects during the 60s and 70s that included ‘The Streets of San Francisco’, ‘The Mod Squad’ and ‘Lucas Tanner’. Earning parts in big-screen projects, she began getting wide exposure beginning with 1976’s ‘The Enforcer’.

Deeply immersing herself in the role she took, her law enforcement role that became one of the biggest highlights of his acting career, was as Mary Beth Lacey in weekly series ‘Cagney & Lacey’. She and her co-star Sharon Gless earned much acclaim for playing accomplished police officers, with Lacey also playing wife & mom. Daly won four lead actress Emmy Awards, with Gless winning two.

Over the years, more television work followed for this veteran with Alice Henderson’s role in ‘Christy’ and later titular role in hit legal series ‘Judging Amy’. Continued to be honored by her peers, Daly won more Emmys.

Daly also forged a beautiful stage career, making her very first appearance in 1967 drama ‘That Summer – That Fall’ and made a triumphant return to broadway years later in ‘Gypsy’ playing Tony-winning role of irresponsible mom Rose. Extensive stage work followed afterward with her appearances in various plays like ‘The Seagull’, Master Class’ and ‘Rabbit Hole’.

In 2015, she appeared in the romantic comedy ‘Hello, My Name is Doris’ and one of her other recent roles include in ‘Modern Family and Looking: The Movies.’ Throughout her career that begun in the 60s, she has appeared in the handful of movies and television series and has accumulated a mind-boggling net worth of $6 million.

Divorcee Tyne Daly is a proud mother of three daughters

Tyne has encountered numbers of hurdles in her personal life journey. Tyne and George Stanford Brown, an African-American actor tied a knot when inter-racial marriage was considered illegal in some US cities. The couple welcomed three daughters.

Her daughter Kathryne Dora Brown is also an actress, with whom she has co-starred in several episodes of ‘Judging Amy’ and television movie ‘The Wedding Dress’ (2001). Other two daughters are Alisabeth Brown and Alyxandra Beatris Brown.

Tyne and Brown called off their marriage in 1990. Since then, she has been seen just focusing on her daughters and her acting career, making herself lively till the age of 70.

The legendary actress’s life details can be obtained from various sites around the web.