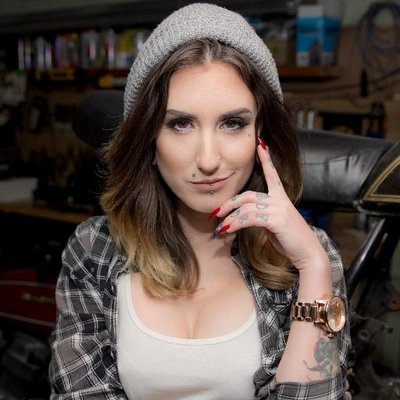 Twiggy Tallant is a model-turned-mechanic, who is known for appearing in Discovery’s ‘Vegas Rat Rods.’

She has been working at mechanical genius, Steve Darnell’s rat rod garage, Welder Up.

The tattoo queen stands out as the only woman among several men at Welder Up.

While working in her native land of Canada as a model, she saw a rat rod at a car show and was in a “very love at first sight situation” with cars.

Right after that, she developed an interest to learn everything about cars and started taking automotive technology class.

In the automotive class, she met Steve Darnell and earned a spot as an apprentice in his Las Vegas shop.

Her journey from “the nerdy stripper” to a rat-rod mechanic to reality television personality is a fascinating story to know.

She has been appearing in ‘Vegas Rat Rods’ from the very first episode on April 17, 2014.

The show, which has been dubbed as a “sleeper hit,” has provided her a huge exposure.

‘Vegas Rat Rods’ is a Canadian program, and some amount of Canadian content was needed in the show. So, Twiggy was brought in.