Travis Fimmel as Ragnar Lothbrok and his on-screen wife, Katheryn Winnick, as Lagertha 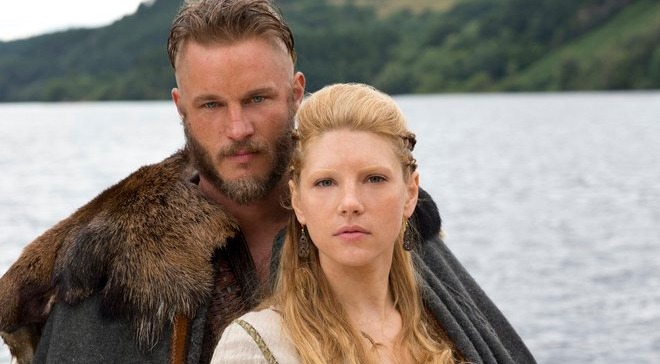 Travis Fimmel stars opposite Katheryn Winnick in the History Channel series, Vikings. They are married to each other in the series. Their on-screen chemistry has fueled dating rumors. However, they maintain that they are just close friends.

No doubt, Fimmel and Winnick’s pairing in the popular series has been liked by many. Once they were seen shopping together, which gave rise to rumors that they were shopping for their wedding. Staying lip-sealed attitude of the pair has fueled the fans’ assumptions.