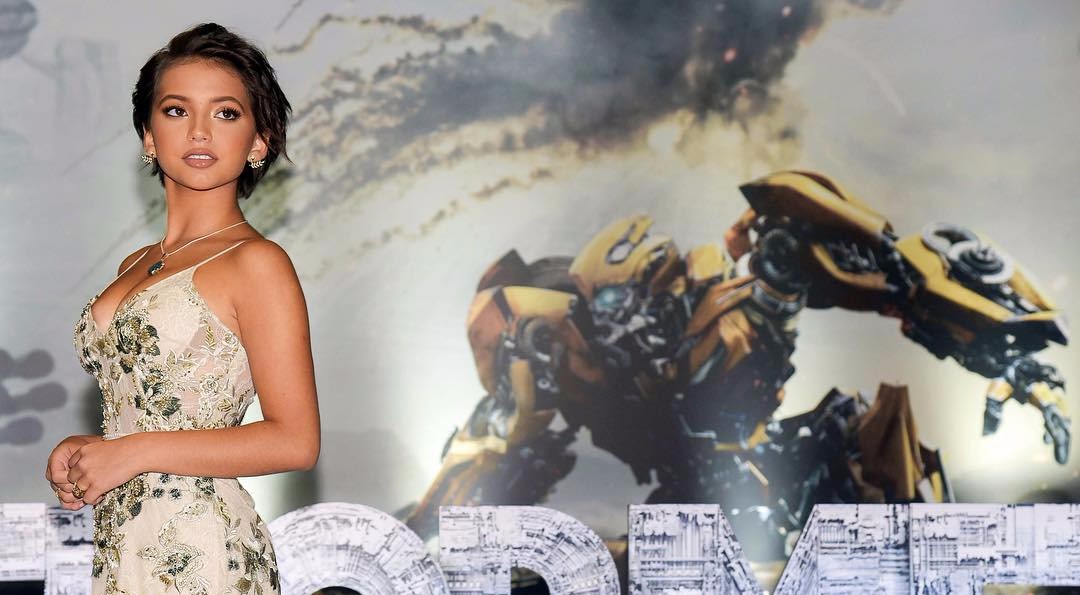 In the recently released Transformers series, Isabela Moner appeared in the role of Izabella, a street-wise tomboy. For this role, she has recently been nominated for a Teen Choice Award.
Isabela shared the news through her Instagram and wrote: “I AM NOMINATED FOR A TEEN CHOICE AWARD!!!??! If you wanna vote for ya homegirl, all you gotta do is tweet: “My #TeenChoice vote for #ChoiceSummerMovieActress is @isabelamoner – “Transformers the Last Knight”
love you guys! Let’s do this”