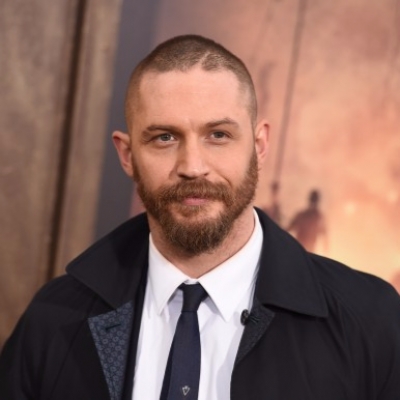 Tom Hardy stands on the height of 5 feet 9 inches. Struggling upon numerous pitfalls in the younger years, Tom from London, England soon conquered the show business when his debut movie “Band of Brothers” claimed him to fame in 2001. Now, an accomplished actor has successfully bagged numerous accolades and wide acclaim from fans and critics appearing in dozens of Hollywood hits, which also includes ‘Inception’, ‘The Revenant’ and ‘Mad Max: Fury Road’.

As the only child of comedy & novel writer Edward Hardy and his artist wife Anne, Tom Hardy was born on 15th September 1977, in Hammersmith, London, England. He has an Irish ancestry from the maternal side. Suffered from alcoholism, delinquency, and drug addiction during his teenage and early adult years, Hardy had overcome numerous ups and downs in his early years.

Brought up in East Sheen, London he was sent to several schools including Tower House School, Reed’s School and then Duff Miller Sixth Form College. Afterward, his acting ambition since the childhood years led him to attend Richmond Drama School and then Drama Center London, where he honed his acting skills.

Started as model, Tom Hardy had an amazing start in acting vocation

In the late 1990s, 21-years-old Hardy won ‘Find Me a Supermodel’, a competition organized by The Big Breakfast. That same year, he took a role of US Army Private John Janovec in the highly applauded HBO-BBC miniseries ‘Band of Brothers’. His quick popularity on television scene helped him earn a role in big-screened war thriller ‘Black Hawk Down’ in 2001 and several international exposures followed afterward including ‘dot the i’, ‘Star Trek: Nemesis’, ‘LD 50 Lethal Dose’.

He took home several awards including London Evening Standard Theatre Award for his stage performances in plays like ‘Blood’ and ‘IN Arabia We’s All Be Kings’. Plus, 2007 stage production of ‘The Man of Mode’ and Philip Seymour Hoffman directed 2010 play ‘The Long Red Road’ also adds credits to his account.

Digging more into his personal life, the actor is found to have tied a knot with two women and exchanged a ring with one. Firstly married to a producer Sarah Ward in 1999, they had to call it quit officially in 2004 as he couldn’t overcome his alcohol & cocaine addiction.

For nearly a year from 2003 to 2004, he dated a Korean-American actress Linda Park, with whom he resided together in London. He started romancing an assistant director, Rachel Speed in 2004, and got engaged after a while and welcomed a son. However, their relationship ended in 2009.

Though, Brady’s personal life history portrays a chain of short and unstable relationships, many women throughout the world dream to date the handsome and hot guy like him.

It was 2009 when he and an actress Charlotte Riley took their relationship to a romantic level and soon exchanged rings in 2010. Married in 2014, they together share a child, born in October 2015 and are living a happy life now.

Hollywood hunk Tom Brady, referred to an ‘apple of eye’ to many female fans worldwide. The 39-years-old actor’s athletic build body weighing 76 kg has led many women to go wow.