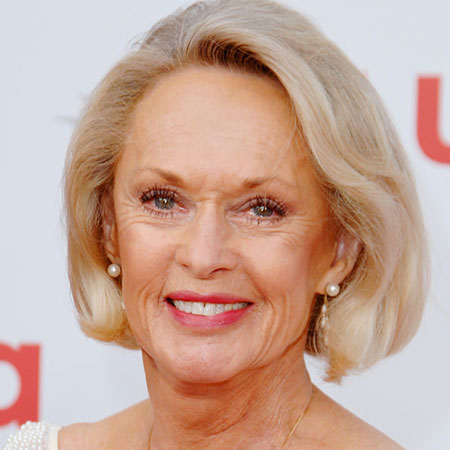 She was born in New Ulm, Minnesota, on January 19, 1930, to Bernard Carl and Dorothea Henrietta.

When she was 4, her family moved to Minneapolis. As a teenager, she took part in department store fashion shows.

She made her film debut in a 1950 comedy, The Petty Girl, as an uncredited extra.

Prior to her settled acting career, she saw a successful modeling tenure during the 50s and early 60s.

Her acting career took off after the director, Alfred Hitchcock, spotted her while appearing in a television commercial in 1961.

Tippi is best known for her roles in Alfred Hitchcock’s 1963 thriller, The Birds, and 1964’s psychological drama, Marnie.

She was honored with a Golden Globe for her performance in ‘The Birds.’

Some of her other notable roles were in films like ‘Roar,’ ‘Citizen Truth,’ ‘I Heart Huckabees,’ ‘Pacific Heights,’ ‘Satan’s Harvest,’ ‘Mister Kingstreet’s War,’ and ‘Foxfire Light.’

While filming ‘Roar,’ Tippi sustained a fractured leg and also a bruised scalp after an elephant she was riding, bucked her off.

Additionally, she was bitten in the neck by a lion and required 38 stitches.

She has also starred in several primetime TV shows like ‘Run for Your Life,’ ‘Hart to Hart,’ ‘The Bold and the Beautiful’ and ‘The Nightmare Room.’

While working in TV shows and films, she transitioned herself as an active wildlife advocate.

Her commitment to animal rescue began while she was shooting films in Africa.

She founded the Shambala Preserve in California as a sanctuary for rescued exotic cats.

The animal sanctuary is maintained by The Roar Foundation, a nonprofit organization that she founded in 1983.

Hedren has been married three times and is the mother of an actress, Melanie Griffith.

Her highly applauded career has paid off her well. Her net worth is estimated to be around $20 million in 2018.

Hedren currently resides in a house built near the Shambala Preserve to be closer to the rescued animals.