Skip to content
Home » News » Thrice married yet husbandless Tippi Hedren has millions of net worth. More on her children and harassment.

Thrice married yet husbandless Tippi Hedren has millions of net worth. More on her children and harassment. 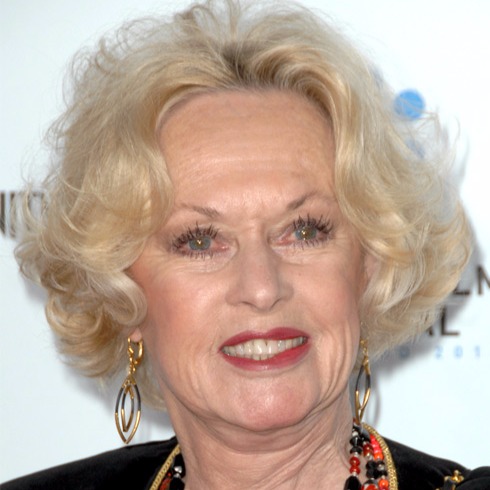 Tippi Hedren, an American television and movie actress’s mind-boggling net-worth of $20 million proves her incredible accomplishments in her high-flying career. Apart from her glittering career, the thrice-married former model, who’s living a husbandless life at present, is the mother of her only children Melanie Griffith.

1930 born Tippi, who’s already in her mid-80s, kicked off her career in the showbiz industry at a young age. It has resulted in what she is now: a legendary Hollywood figure.

Hedren entered the glamor world as a young girl and soon headed to New York and Los Angeles, where her fate guided her. Luckily, her career choice was accepted by her fate, as her appearance in a TV commercial caught the famed director Alfred Hitchcock’s eye, who signed her for the lead role in his movies “Marnie” and “The Birds”.

Within no time, she became favorite to thousands and then to millions and turned from an aspiring model to a movie star. Till date, she has appeared in more than 80 movies and television shows, that also includes Alexander Payne movie “Citizen Ruth” and David O. Russell philosophical comedy “I Heart Huckabees”.

While continuing her appearances in strings of small and big-screen hits, she has also been devoting her time to various charities, predominantly in animal-rights & wildlife conservation causes. Her 1981 release “Roar” was an 11 year’s attempt to raise awareness about wildlife.

Digging into her personal life, concrete details include her three unsuccessful marriages.

Firstly, she met and married an 18-year-old Peter Griffith in 1952. After nearly half a decade, the couple welcomed a daughter, Melanie Griffith (herself an acclaimed actress) on 9th August 1957. Everything went well for few years but the couple finally parted their ways in 1961.

Hedren then tied the knot with Noel Marshall, her the then agent, who later produced 3 of her movies, in 1964. They divorced in 1982. Afterward, the applauded actress shared the marital bond with Luis Barrenechea, a steel manufacturer, from 1985 to 1995.

Chains of unsuccessful relationships frustrated her personally but she never gave up on her professional life. later, from 2002 to 2008, she was engaged to Martin Dinnes.

Tippi and Alfred Hitchcock, whom she collaborated with in two movies, were romantically linked for few years during the 60s but the differences in their lifestyle troubled their relation and finally led them to call it quits.

Tippi has detailed everything about Alfred Hitchcock’s repeated sexual harassment in her autobiography, “Tippi: A Memoir”.

The actress claimed the director threw himself on top of her in the back of his limousine & tried to plant a kiss on her. She has described the moment as “an awful”.

She tells that she remained lip sealed at that time because “sexual harassment” was the term that didn’t exist in the 1960s. She added, “Besides, he was Alfred Hitchcock, one of the Universal’s superstars, and I was just a little blonde model he’s rescued from relative obscurity. Which one of us was more valuable to the studio, him or me?”

She has spoken about director’s alleged harassment in past but has detailed it in her book. “It was sexual, it was perverse, and it was ugly, and I couldn’t have been more shocked and more repulsed”, she wrote, talking about the director always grabbing and putting hands on her whenever he found her in front of him.

According to Hedren, her attempt to fight against him used to make him more aggressive that put her in threats of ruining her career by the powerful director several times.

She says that despite his offensive activities to her, she really felt “a wave of sadness” upon his demise in 1980.