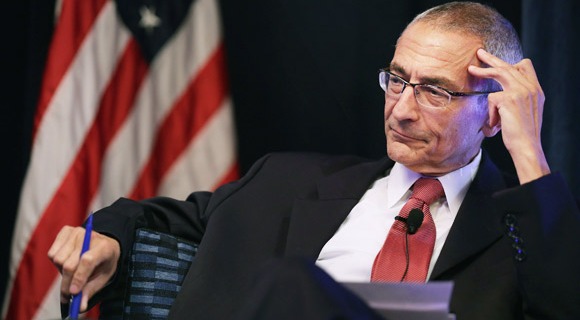 John Podesta, the Chairman of the 2016 Hilary Clinton presidential campaign, is the perfect right hand that Hilary Clinton would have asked for. An accomplished politician and a master of the game, John Podesta is likely to be the helping hand in Hilary Clinton’s political career.

Despite John Podesta’s success in politics, information regarding his personal life remains in dark

John Podesta embarked his political journey in 1979 when he was enrolled as a staff of the Senate Judiciary Committee. Throughout his admirable political career, he has helped numerous prestigious posts which have seen him build an unharmable reputation.

His astonishing political career has seen him not only building a solid reputation for himself but it has also seen him build a satisfying net worth. The actual figure of his assets has not been disclosed yet but it can be predicted that he possesses a net worth in millions.

Despite the politician’s popularity, details about his personal life remain in dark. He finds comfort in keeping his family life away from his political career. That shall be the reason due to which details about John Podesta’s family life are limited.

John Podesta is a happily married man. He is married to Washington D.C attorney Mary Podesta, with whom he shares three children. Names and other details about his children have not been disclosed yet.

His political career has not only landed him success and admiration but sometimes it has also landed controversies as well. One such controversy that surrounds John Podesta is a report claiming him a Satanist, an evil worshiper.

The theory of Podesta being a worshiper of evil is derived from a fact that in June, Podesta’s brother Tony invited his house for dinner where , afterward, they performed acts in order to worship the evil.

As a proof, a Twitter post was presented which claimed that in 2015, Tony received a mail from Marina Abramovic in which she expressed her excitement for the Spirit cooking dinner that night and checked on whether Tony’s brother John would be present or not.

The Podestas’ “Spirit Cooking” dinner?
It’s not what you think.
It’s blood, sperm and breastmilk.
But mostly blood.https://t.co/gGPWFS3B2H pic.twitter.com/I43KiiraDh

The word Spirit Cooking in Abramovic’s mail meant a 1996 artwork which included a book with recipes “that served as images for actions or thoughts”.

Brushing aside the rumors, Marina said, “It’s absolutely outrageous and ridiculous. It was a normal dinner. It was just a normal menu which I call Spirit Cooking. There was no blood , no anything else.”

Some while ago, Hilary Clinton was also linked as one who had devoted herself to black magic. But due to lack of evidence and lack of details, it was proved that Hilary has nothing to do with such things.