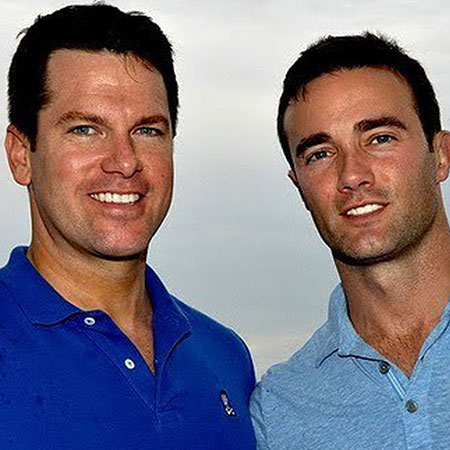 He made history as one of the first national TV anchors to publicly reveal that he is gay and proudly set the record as the first cable news anchor to tie the knot with the same-sex partner.

The ceremony was held on the roof of an upscale hotel, Gansevoort Park Avenue and was officiated by the former San Francisco Mayor & current Lt. Governor of California, Gavin Newsom.

He let his fans know about the marriage through his Facebook profile as well,changing his relationship status from ‘engaged’ to ‘married.’

On 25th june 2011, just a day after same-sex marriage became legal in New York, Roberts announced their wedding on Twitter.

The love saga of Thomas and Patrick began in 2000, when Robert, 27, was invited to Charlotte, N.C. for a party and met his significant other, who gave him a schoolboy crush.

Coincidently, Patrick was also feeling the same. “I thought there is no way this guy is gay. I can’t be this lucky”, he said in an interview.

They started spending weekends together amid busy schedules.

Roberts got a job at Philadelphia-based CBS affiliate in 2001, which helped him closer to his partner.

Several relocations continued throughout the year, which certainly was not easy for them.

But they’ve managed to remain together and be each other’s best support in life.