Things to Know About Luke Perry from Beverly Hills, 90210 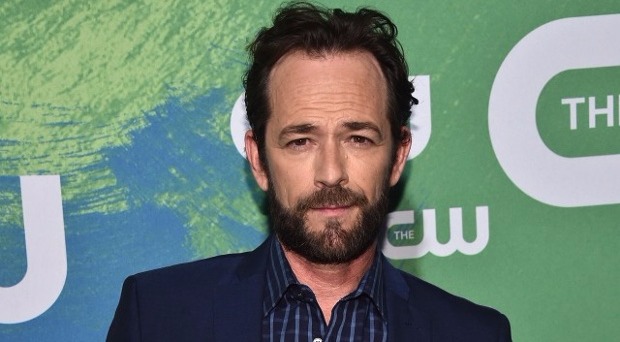 Luke Perry was the 90s teen idol, Dylan McKay on Beverly Hills, 90210, who stayed in the hearts of millions as the brooding bad boy. From his memorably complicated love triangle involving best friends Kelly Taylor and Brenda Walsh to chiseled good looks, fans were in love with every bit of him.

More recently, he played a different character in The CW teen drama Riverdale as Fred Andrews, a calm and collected man, a child’s father, and a construction business owner. He was rushed to the hospital on February 27, 2019, after suffering a massive stroke at his home in Sherman Oaks, Los Angeles. And Luke died from complications on March 4.

The whole entertainment industry is mourning his demise. Many of his co-stars have expressed their grief stating that “he used to be like a family.” Let’s look back at the actor’s life and career, from his teen heartthrob days to his sweetest moments as a father

38 Celebrities who Passed Away in November 2018

Luke co-starred opposite Shannen Doherty (Brenda Walsh) from 1990 to 1995 and from 1998 to 2000. Although the costars drifted apart after the show went off the air, they reconnected after Shannen went public with her breast cancer diagnosis in 2015.

Though they didn’t choose to sign for Beverly Hills, 90210 reboots, they planned “something special and meaningful” for fans. Shannen stated,

“There is a special kind of love one has for each other when you are experiencing the journey we did on 90210 and of course life in general. Luke and I were working on show ideas for us. We wanted to work with each other again and create something special and meaningful for our fans at this stage in our lives. I will miss him every day. Every minute. Every second.”

They frequently visited each other and were together in every high and low. According to Shannen, she met Luke and his dog, Penny, shortly before he suffered a stroke.

Perry, who was often referred to as a “man with a heart of gold,” was a proud father of two kids, born with his ex-wife, Rachel Minnie Sharp, married from 1993 to 2003. As soon as he suffered a stroke, his daughter, Sophie (born June 7, 2000), made a quick return from a trip to Africa.

The father-daughter bond is quite vivid on their social media posts. His son, Jack (born June 15, 1997), works as a professional wrestler signed to All Elite Wrestling (AEW). He uses the ring name “Jungle Boy” Nate Coy. Shannen, who was very close to him until his death, said his most significant accomplishment was his kids. She said,

“Luke loved his family. He raved about his kids and how proud he was of them. He showed me videos of them often. They were his heart and for him, his biggest accomplishment.”

Since divorcing his wife of 10 years, Minnie Sharp – a onetime furniture saleswoman – Luke had been private about his love life. Before his death, he engaged Wendy Bauer, a 44-year-old therapist. Wendy runs a marriage & family therapy practice in Beverly Hills.

They were publicly spotted together in 2017 when she accompanied him to the GLAAD Media Awards. She was identified only as his brunette girlfriend.

His father, a steelworker, also died of a heart attack in his 30s, and his mother raised him and his two siblings as a single mother. He was very outspoken about his love for his mom. Perry’s representative told in a statement,

“The family appreciates the outpouring of support and prayers that have been extended to Luke from around the world, and respectfully request privacy in this time of great mourning. No further details will be released at this time.”

Perry underwent colonoscopy in 2015 after being diagnosed with pre-cancerous growths. Then, he became an advocate for testing for colon cancer.

“If I had waited [to be screened], it could have been a whole different scenario. I have significantly cut down on the amount of red meat that I eat. I used to be like a steak-and-potatoes-every-night kinda guy, now it’s just for special occasions.”

After the stroke, he was rushed to the hospital. Sadly, he never gained consciousness. Respecting his charity works, his family donated to Fight Colorectal Cancer and St. Jude’s Children’s Hospital instead of bringing flowers to honor him.