They made it official! Jena Malone and boyfriend Ethan DeLorenzo got engaged. Since when were they dating? Know her net worth 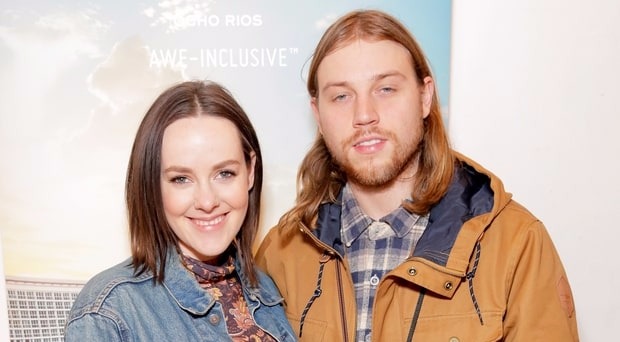 Jena Malone and her boyfriend Ethan DeLorenzo are celebrating an abundance of love for nearly two years. Beginning to date in 2014, the couple got engaged a few months after welcoming their first baby in May 2016. The actress is now enjoying her net worth of $4 million with her fiancé and baby boy.

Jena and her boyfriend-turned-fiancé have never hesitated in showing off their romance and dedication to each other. The Proud couple has always shared their happiness with their fans announcing their news from their first date to the pregnancy, childbirth, and engagement.

Yes, this “made for each other” couple has finally made it. They got engaged recently in August 2016.

Jena Malone and Ethan DeLorenzo are on the seventh heaven! Baby birth followed by engagement in 2016

It was 2014 when both of them were in the market searching for the love of their life and found each other. The couple expressed their love towards one another hugging and kissing while enjoying their first breakfast date in Park. The actress and her new beau, a musician looked very much in love.

While Jena and Ethan’s perfectly matched chemistry was loved by many people, she shared the news of her pregnancy claiming her loving boyfriend Ethan to be her baby’s dad. The actress took help of social media accounts to publicize her cute pictures flaunting her growing baby bump.

Baby mooning in Yosemite and the western sierras. Sleeping under the stars and building fires amongst the sequoias. Getting giant and getting my head wet in the coldest alpine springs. And powerful mists from the most spellbinding waterfalls. Growing a human. With the simplest of ingredients How soon we forget How truly little we need To live Photo by my everything @e.delorenzo

She announced her pregnancy news in an amazing way!!

Afterward, The Hunger Games: Catching Fires star announced on Instagram that she has officially become a mom to her son Ode Mountain DeLorenzo.

The 31 years old actress wrote on the social media, “The best weekend of our lives!!! What an incredible blessing to be chosen by this amazing, kind, gentle and beautiful soul to be his parents. Thank you, Ode Mountain Malone.”

Likewise, her beau also used Instagram to share a video of the twosome cradling their baby boy swathed in the dog-printed onesie & hat.

The best weekend of our lives!!! What an incredible blessing to be chosen by this amazing , kind , gentle and beautiful soul to be his parents. Humbled and in complete awe that we get to experience the most ancient and transcendent love that exists. Thank you Ode Mountain DeLorenzo Malone.

Having $4 million net worth into her accounts, Jena Malone is best known for appearing in the movies Bastard Out of Carolina, Ellen Foster, Stepmom, Saved!, Donnie Darko, Contact and The Hunger Games: Catching Fire.

The 1984 born actress, carrying the passion for acting under her wings since a young age, involved in community theater in her hometown. Eventually, persuading her mom to head to Los Angeles, she made professional debut through a 1996 movie Bastard Out of Carolina.

Award-winning entry in the showbiz world led her to land roles in strings of Hollywood features.

Almost all of Jena’s net worth comes from her acting ventures. Jena Malone has recently got engaged to her boyfriend Ethan DeLorenzo after dating for nearly two years and they seem so much happy with each other.