Mother of two, Ashlee Simpson is happily married to husband Evan Ross. Checkout the pictures of her adorable son and a daughter 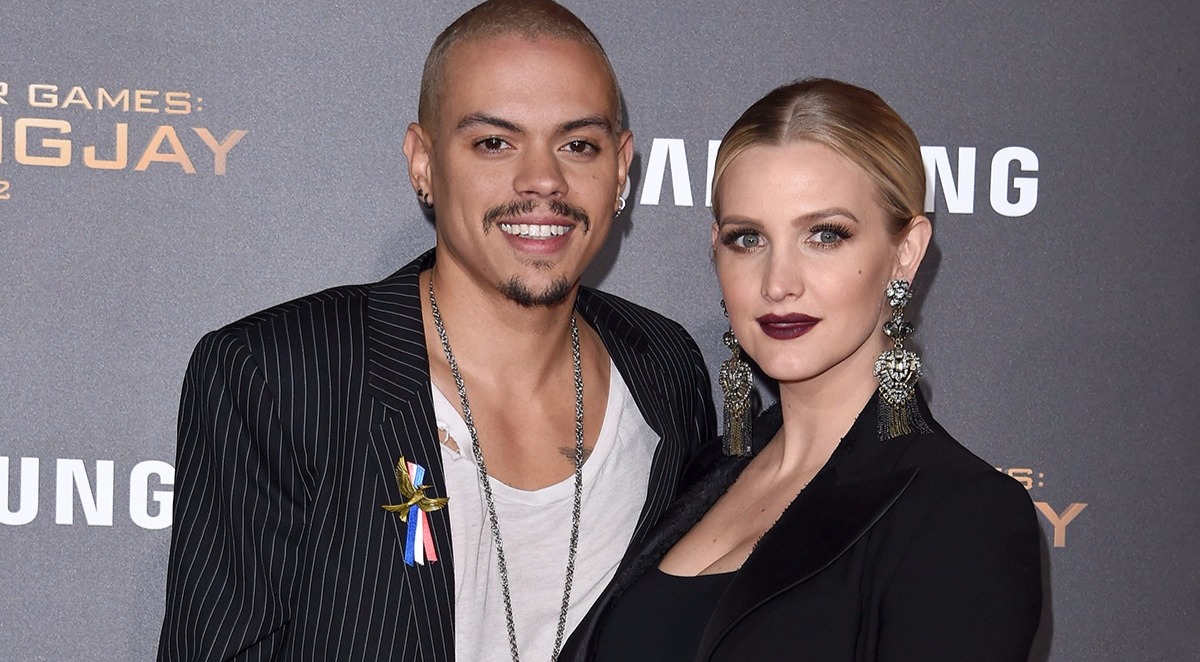 Ashlee Simpson's married life with musician and actor husband Evan Ross is not less than a fairy tale. Her blissful paradise is completed with two kids: a daughter Jagger and a son Bronx Mowgli Wentz from her previous marriage.

Ashlee and Evan tied the knot in August 2014. The romantic twosome have freshened their vows celebrating their 2nd wedding anniversary recently.

Played @guitarhero with my baby @realevanross tonight! We had fun checking out the new #Guitarherolive

The songstress Ashlee and soul legend Diana Ross’s son Evan's relationship took a romantic level in 2013. And by 2014, they turned to husband and wife.

They welcomed their first baby together in July 2015. Though it’s their first child together, it’s second for Simpson as she already has a son from her previous marriage.

Ashlee and Evan, both from the musical backgrounds have chosen their daughter’s name from Rolling Stones lead singer Mick Jagger. However, it’s yet to know the inspiration for the little girl’s second name, Snow.

Few days after baby’s birth, the duo was spotted stopping by a baby nursery for picking up some supplies for their baby. Ross was seen heading to a baby supply store, Bel Bambini, in Beverly Hills to get something for his lovely daughter. He picked up the baby mattress.

Lucky she! Ashlee seems to have got full love and support from her hubby every time.

THESE 2 are making me feel real special today! Loving MOTHERS DAY. Happy Mother’s Day to all you MoMs

Simpson graced her fans with a very rare photo of her adorable kids, seven-year-old son Bronx, and a daughter Jagger on the occasion of Mother’s Day. The mother of two captioned the Instagram pic writing “These 2 are making me feel real special today! Loving MOTHERS DAY. Happy Mother’s Day to all you MoMs.”

It’s not only the picture where both of her adorable offsprings were seen together for the first time but also a picture revealing how much the baby boy resembles with his dad, Pete Wentz, Ashlee’s ex-spouse married from 2008 to 2011.

Jagger Snow Ross !! We love her so much!!! She is beyond everything!!! I have the best baby daddy @realevanross In the world. Love you

While her elder sister Jessica posts photos of her two children on an about daily basis, she has taken a private approach to the social media. She and rockstar husband waited 2 months to publicize the first picture of their daughter. The first cute picture features the whole family dressed white.