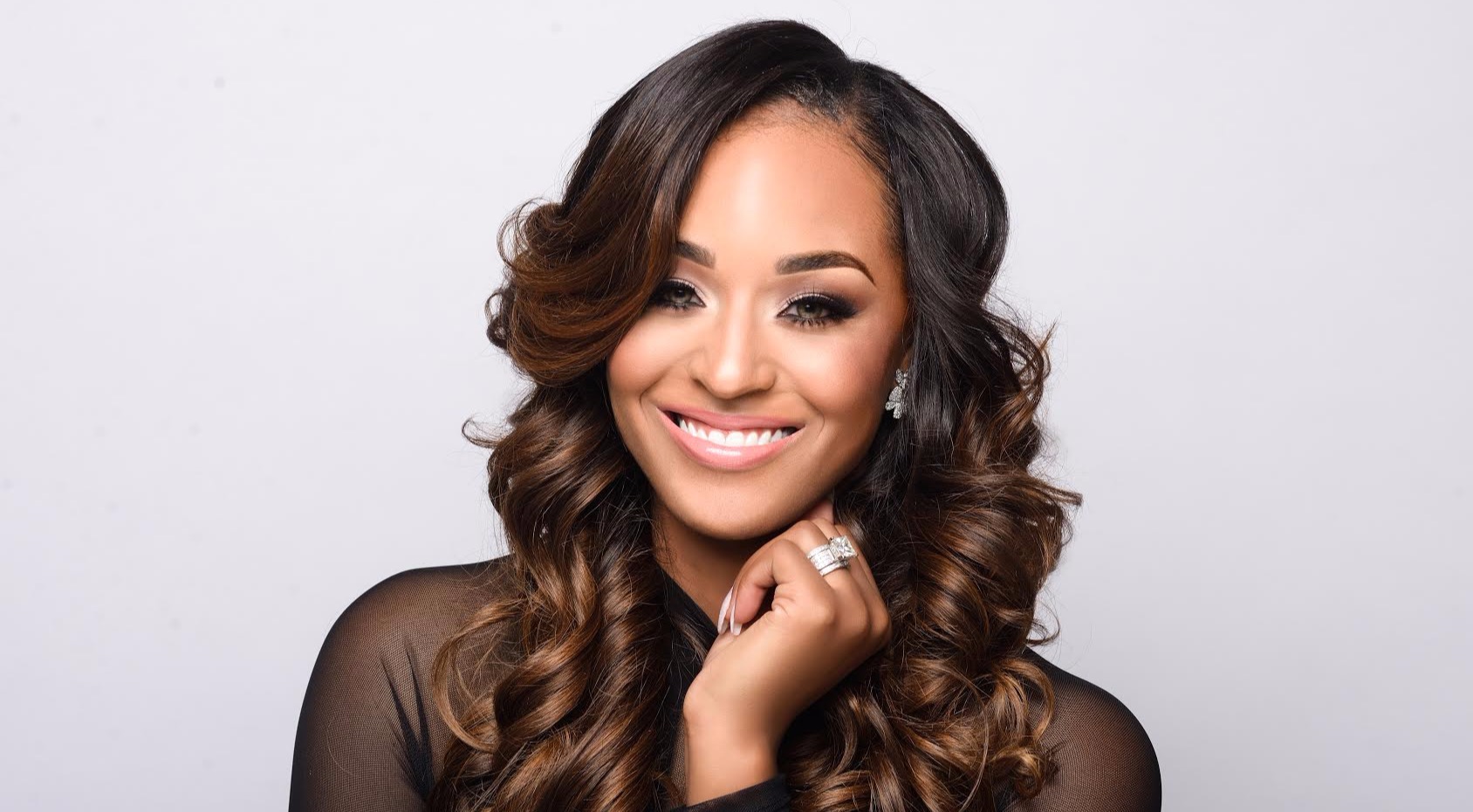 Brandi Maxiell has opened up about battling ovarian cancer and her husband’s infidelities. Brandi’s married life has been quite a roller ride lately. Here are the details on the story.

Brandi Maxiell may have been known for her conflicting arguments as a cast member on VH1’s reality series, Basketball Wives LA, but she’s been through a tougher situation i.e. ovarian cancer.

But today, she’s a cancer survivor, a mother & a wife. Meanwhile, the married life of Brandi’s with husband Jason has been teeter-totter ride, following his infidelities.

New York Glam Face Slayed By The One and Only: @dollhousepretty Loved Her Products Hair By: @musehairstudionyc Hokie Got My Hair Right

Without a doubt, Basketball Wives LA’s celebrity Brandi Maxiell is a true inspiration. Following her triumph over ovarian cancer, Brandi joined the reality show to vocalize her story to many other women. However, she was surrounded by a lot of drama, notably from a fellow member, Draya Michele.

Draya Michele’s gave a shocking statement to Brandi’s about her cancer being “boring” on Basketball Wives LA. Eventually, her comment was escalated & she gave Brandi an apology for what she said. But Brandi wasn’t willing to forget or forgive.

Back in 2007, when Brandi was planning her marriage to NBA star Jason Maxiell, she was stricken with the news of ovarian cancer. Thankfully, following the months of treatment & surgery, she has beaten the disease.

Brandi says, “Besides the losing of the hair, I was so sick! You know, it’s like poison going through my body, so I couldn’t move. I was so weak”, being emotional.

Adding up, she shares “My mom though I was so bad. She had to cover up mirrors in my house because I couldn’t look at myself. I was like, ‘Who is this person?’.

Then…now. Before…after. The devil was a lie when he thought that he was going to destroy my future by having ovarian cancer. This year marks 5years of being cancer free!!! And I got my precious baby boy when the odds were against me!! #ovariancancermonth #cancersucks

“For every dark night, there is a brighter day after it”. At first, things seems hard for Brandi but eventually she fought it and now she stands healthy and happy.

What went wrong? Caring husband cheated on her, rumor or a bitter truth?

When Brandi was diagnosed with cancer, she was engaged to Jason & was just 24. And when questioned, “Who was your biggest supporter all the time?”. My husband, Jason, replied Brandi.

Jason had the hardest time & went through some serious breakdown as he couldn’t be there physically for his girl, the way she wanted. At the time, he was playing for Pistons in Detroit & Brandi had to move to Dallas for her treatment. To support his then-fiancée & now-wife Brandi, he even shaved his hair.

So, what went wrong between the parents of one, Brandi and Jason? Is Jason’s infidelities a rumor? But following the accusation made by Sundy Carter saying Jason has been little too close with her friends, it’s quite hard to make any sort of speculation.

But after viewing this emotional Brandi’s interview alongside Jason, the rumor seems to be true. But until Jason speaks on his betrayal, nothing can be said. Seemingly their marriage has been going quite downhill.

Brandi may have defeated ovarian cancer but her married life with husband Jason Maxiell has been going on a bumpy road. From Jason accused of sleeping with another woman to his support during Brandi Maxiell’s cancer, the man has left us wondering.