Skip to content
Home » Entertainment » What is Theo Rossi doing after Sons of Anarchy? Net worth 2018

What is Theo Rossi doing after Sons of Anarchy? Net worth 2018 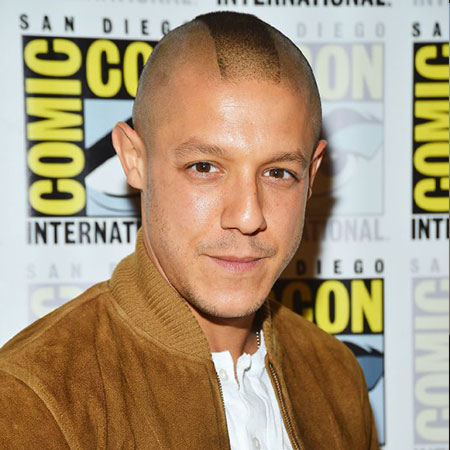 It is highly possible that the portrayal of the fan-favorite character, Juan Carlos “Juice” Ortiz, wouldn’t be the same without Theo Rossi.

As Rossi stated in an interview in 2016, he played Juice for seven seasons of ‘Sons of Anarchy’ believing that the character was a good guy.

The actor always viewed Juice as the character as “a victim” because most things happened to him as he “side-stepped” his way through life.

Before the series was called off in 2014, Juice died a horrible death after being stabbed and bled out.

As a fan favorite on the show despite his bad guy role, his life behind the screen has also been a subject of interest to many.

After SOA ended, he has continued as an actor and producer, starting a production company, Dos Dudes Pictures, in 2014.

The same year, he produced and starred in ‘Bad Hurt’ alongside Karen Allen and Michael Harney.

He is set to star in the role of Kirk in an upcoming supernatural psychological thriller, Ghosts of War.

Since you saw him on SOA, a lot has changed in his personal life as well. He has been a husband and a proud dad of two.

A family guy, Rossi has been open about his parenting experiences and has been involved in numerous charities.

He is an ambassador for Boot Campaign, which is raising funds for wounded soldiers and for those who suffer from the post-traumatic stress disorder.

He has also helped organize Boot Ride annually with SOA cast, giving fans a chance to spend a day riding with them while raising money for military veterans.

As a supporter of The Humane Society of the United States, he has launched a campaign for the welfare of street dogs.

Throughout the years, he has amassed a net worth of approximately $4 million as of 2018.