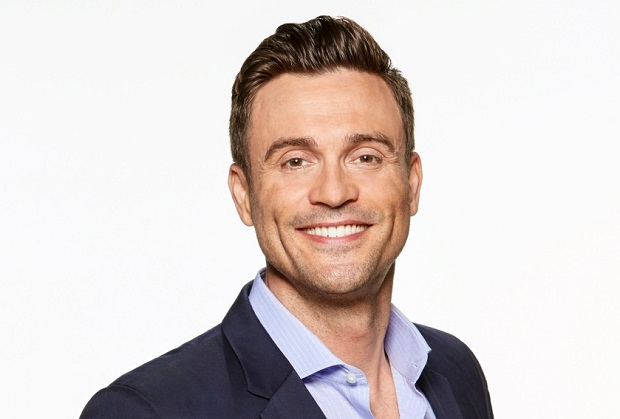 Popularly known for his portrayal of Cane Ashby in the American Soap Opera, The Young and the Restless, Daniel Goddard is an Australian actor and model.

Daniel has proved that he is more than just a pretty face with his peculiar acting skills. So, let’s get to know more about The Young and the Restless star, Daniel Goddard.

His parents wanted him to take on a more practical career, which led him to study finance. He had nearly completed a degree in finance, but because of his immense interest in acting, he joined Ensemble Actors Studio without even finishing the degree.

Early Career and The Young and the Restless

In 1996, he left his homeland and spent two years working on archeological digs in Mongolia, Liberia, and Portugal before heading to Hollywood.

Daniel then started modeling for famous brands, including Calvin Klein and Dolce & Gabbana. In 1999, he starred in the TV series, Beastmaster, for which he returned to Australia. He then made several guest appearances in TV series like WildCard and Monk.

The actor joined the cast of the famous TV soap opera, The Young and the Restless, in January 2007. With his increasing fan base, Daniel also occasionally modeled on the CBS Daytime TV series, The Price is Right.

Daniel Goddard left The Young and the Restless?

Four years after joining the cast, his character was cut off, but because of a vast fan protest, it was revealed that the victim was Cane’s twin brother.

Daniel portrayed the role of Cane Ashby for almost 13 years before officially signing off. The 48 years old actor shared the news on Twitter and Instagram as he wrote,

“ It’s with a heavy heart  that I share the news that I will no longer be part of the cast of the Young & the Restless.  I’m as shocked & gutted as u r. I’m forever grateful for my 13yrs in the Y&R family but sadly it seems that without Neil & Lily… there just is no Cane.”

We still don’t know what led Daniel to leave the show, but we better bid our Cane goodbye unless there’s another fan riot coming.

On February 3, 2002, Daniel got married to actress Rachael Marcus. His wife, Rachael, was an Entertainment Publicist and event planner for almost ten years. She is currently the owner of her own successful design company called Paint/Design/Decor, Inc.

The couple has been blessed with two sons. He welcomed his eldest son Ford Martin Goddard in February 2006 and the youngest, Sebastian William Goddard, in December 2008.

On August 6, 2019, The Young and the Restless star shared news among his fans regarding his father’s injury. Daniel Goddard’s father had taken a fall and was hospitalized. He did not disclose the reason for his fall but had requested his fans to pray for his father’s recovery on Instagram.

The 48 years old actor is pretty active on almost all Social Media, including Facebook, Instagram, and Twitter. As seen per his Instagram pictures, we can certainly assure you that Daniel is a loving father and husband. Apart from that, he also has tons of posts with his Y & R family.

The actor has accumulated a total net worth of $16.7 million as of 2019. He currently lives in California with his family.

Doug Davidson’s Back as Paul Williams in The Young and the Restless!