Skip to content
Home » Entertainment » What is the cast of The Waltons Doing Now?

What is the cast of The Waltons Doing Now? 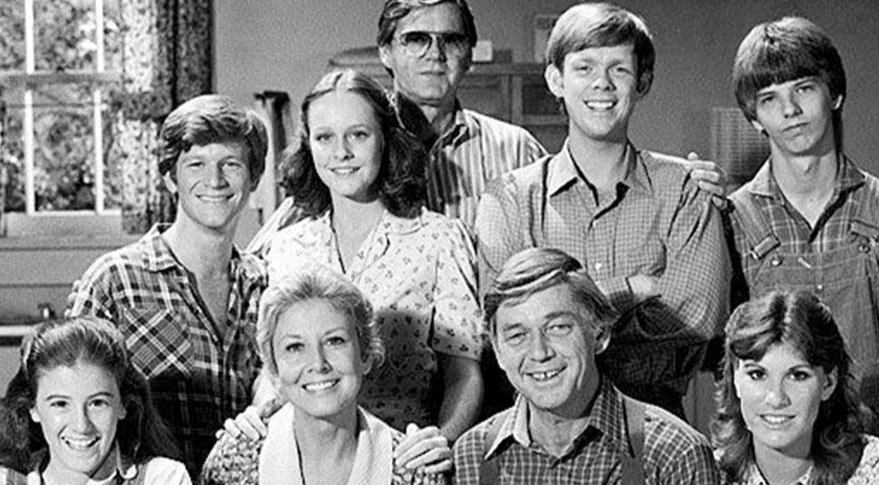 Based on the 1961 novel Spencer’s Mountain by the creator Earl Hamner Jr., The Waltons is an American TV series that ran from 1972 to 1981. Set in the Great Depression era, the show followed the Walton family during its nine-year run on CBS.

The show was widely popular during its airtime and spawned many spin-offs and TV movies. It’s been 48 years since the Waltons first graced our living rooms. Sadly, some of the principal cast are no longer with us, including Ralph Waite, Will Geer, and Ellen Corby. Today, we bring you a video showing what the cast of The Waltons has been doing now since the show ended.

But before going further, take some time to subscribe to our channel and hit the bell icon as well.

The eldest of the Walton children, John “John-Boy” was played by actor Richard Thomas. Already an established actor Richard had appeared in shows like 1, 2, 3 Go!, As the World Turns, Marcus Welby, M.D., and Bonanza before taking the role of John-Boy.

Following The Waltons, he continued his acting venture starring in shows and TV movies like The Master of Ballantrae, Match Game 73, I Can Make You Love Me, and Death in Small Doses among many others. Later, he landed leading roles in shows like The Adventures of Swiss Family Robinson (1998), Just Cause (2002-2003), and The Americans (2013-2016).

The 68 years old actor currently resides in New York with his wife Georgiana Bischoff. Thomas is set to star in the upcoming series, A Higher Loyalty.

Actress Michael Learned played the role of Olivia Walton in 168 episodes of The Waltons. Learned won three Primetime Emmy Award for Outstanding Lead Actress in a Drama Series for her role.

Following The Waltons, she landed another leading role in the drama series, Nurse. Learned reprised her role of Olivia in many spinoff TV movies of The Waltons. In 2010, she appeared in 21 episodes of General Hospital and guest-starred in 13 episodes of The Young and the Restless in 2011.

British/American actor & musician Jon Walmsley played the role of Jason Walton in all seasons of the show.

Prior to The Waltons, Jon Walmsley had appeared on shows like Combat!, My Three Sons, Adam-12, and The Bill Cosby Show. While The Waltons was still going on, he lent his voice in shows like The ABC Saturday Superstar Movie (1972), The New Scooby-Doo Movies (1973-74) and The Many Adventures of Winnie the Pooh (1977).

Walmsley reprised his role as Jason in six The Waltons TV movies. Apart from being an actor, Walmsley is also a talented musician. He was one of the composers of The Waltons.

Nowadays the 64-year-old actor resides in Los Angeles working as a musician.

The Little House on the Prairie Cast: Where Are They Now?

Following The Waltons, she appeared in different broadcast specials like Battle of the Network Stars, Circus of the Stars, and guest-starred in one of the episodes of The Love Boat. Her other acting credits include Millennium, Stargate SG-1, Cold Squad, and Beggars & Choosers.

Judy nowadays mostly works in theaters both as an actor and director. She is currently appearing in the web series The Quarantine Bunch and writing the book for a musical based on the life of Olympic Gold Medalist, Greg Louganis.

The second of the Walton daughters, Erin Walton was played by actress Mary Elizabeth McDonough in all nine seasons of the show.

Mary began her acting career from The Waltons and later went on to appear in movies and television shows like Funland, Lovely But Deadly, Midnight Offerings, The Love Boat, and The Secret World of Alex Mack among many others.

From 2006-2009, she had a recurring role in series The New Adventures of Old Christine. Her last acting role was in the 2018 sports drama Amateur. Nowadays she writes blogs on her official website.

The 59-year-old currently resides in California with her husband Don.

American actor Eric Scott played the role of Benjamin “Ben” Walton in every season of the show, and reprised his role in six TV movies and specials.

Apart from The Waltons, Scott had guest appearances in a few shows like Medical Center, Bewitched, Family Feud, The Fall Guy, and Defying Gravity.

Unlike his fellow actors, Scott didn’t have much luck in his acting career. His last TV appearance was in the German comedy talk show, TV total.  Nowadays Scott runs a parcel delivery service, Chase Messengers in Encino, California. The 61-year-old currently resides in Southern California with his wife Cynthia Ullman and three kids.

Who was your favorite among the Waltons? Let us know in the comments below and don’t forget to like the video and subscribe to our channel.